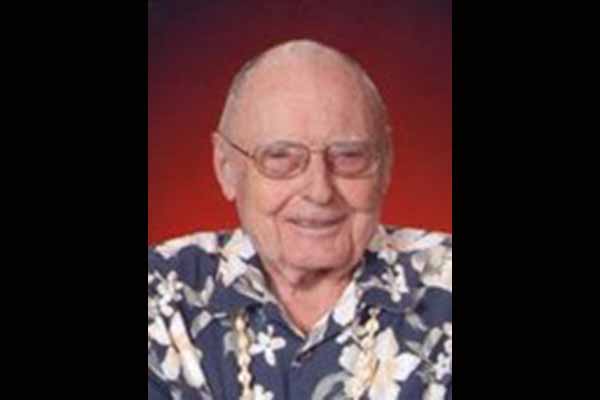 Robert Allen Crisp, of Boise, Idaho, passed away at his home on 1 December 2018, surrounded by family after a short, but intense, battle with cancer.

Robert was born in Boise on 10 June 1931, to Roland and Edwina Crisp, their only child. He attended Lowell Elementary School until 1940, when his father took a job working on a gold dredge in Prairie City, Oregon. There he enjoyed fishing in Strawberry Lake and Indian Creek and the scenery of the Blue Mountains. In the spring of 1941, the dredge was relocated to Idol City, Oregon, an old ghost town. There his family lived in a tent pitched over a wooden floor and sides.

He spent the summer roaming the hills with his trusty Red Ryder BB gun. In the fall, his family moved back to Boise for a short time before his father took a job as a crane operator and they moved to Modesto, California, and then to San Leandro, California.

His family's next migration took them to Portland, Oregon, where Roland loaded Liberty ships during World War II. By this time, Bob was tired of moving and constantly changing schools so he elected to move back to Boise and live with his grandmother during the school year and live with his parents in the summers. During the winters, he worked after school and on Saturdays at the Pioneer Market Grocery Store located at 1107 Grove Street. His duties included delivery to downtown restaurants, stocking shelves, assisting in the meat department, and working checkout.

After the war when his parents moved back to Boise, the three of them pooled their money and opened the Grand Market off River Street. He graduated from Boise High in 1949 and attended Boise Junior College until 1 April 1951, the date of the activation of the Idaho Air National Guard. He joined the Guard because he wanted to train as a pilot; however, the dream of flying was sacrificed when he failed the eye exam requirements. He served at Moody Air Force Base in Valdosta, Georgia, and at George Air Force Base in Victorville, California.

After his discharge on 31 December 1952, he enrolled in more classes at BJC. On 1 July 1953 he began fulltime employment with the Idaho Air National Guard where he served until his retirement on 31 January 1984. During that span, "Crunch" rose through the ranks from an enlisted airman to a lieutenant colonel. Among his changing roles, he served as an Administration Management Staff Officer, Chief Base Administration Officer, and Commander Mission Support Squadron. In all, Bob served our state and nation for thirty-three years and twenty-two days. At first finding retirement boring, he took a job in the parts department at Saint Alphonsus Hospital where he worked part-time for another fourteen and one half years.

Bob met the love of his life, Diana Maria Carmen Aldecoa, at a Basque dance at the Japanese hall in Ontario, Oregon. The two wed on January 16, 1955, and began a wonderful life together. He converted to the Catholic faith and was a longtime member of St. John's parish though he did attend Saturday vigil services for the latter part of his life with his son David and his daughters.

Bob and Diana raised three children: Tara Elisa Rountree, born in 1955; Robert Michael Crisp, born in 1959; and David Roland Crisp, born in 1966. Being raised as an only child, Bob relished being welcomed into his wife's huge Basque family. "Tio Bob" relished family time spent with his wife's siblings, the dozens of nieces and nephews, and especially his six grandchildren to whom he was known as "Cheech."

Bob loved camping, pheasant hunting, fishing, bowling, and huckleberry picking. His love of gardening he shared with his two elder children and his love of wildlife and nature was passed on to all his children and grandchildren. Robert loved to gamble, whether card games, horse racing, slot machines, or fantasy football. He also loved to travel, visiting all fifty states and six foreign nations. Bob also appreciated the quiet of home, watching the many birds he fed in his back yard and snuggling with his favorite cat named Mo.

The family would like to thank Dr. Ricky Axtell for his longtime compassionate care of our father as well as Keystone Hospice, especially C.J., for making his last days as comfortable as possible. In addition, Jake Taylor, Jocelyn's boyfriend, spent countless hours in kind care and support of our Dad and family.

Vigil services will be at 7:00 PM on Tuesday, December 4, 2018 at Summers Funeral Homes, Boise Chapel. Mass of Christian Burial will be at 10:00 AM on Wednesday, December 5, 2018 at St. John's Cathedral with burial at Morris Hill Cemetery. A reception will be held at the Basque Center following graveside services.

Donations can be made in Robert's name to St. Vincent de Paul, the Basque Museum, or St. Jude Children's Research Hospital .