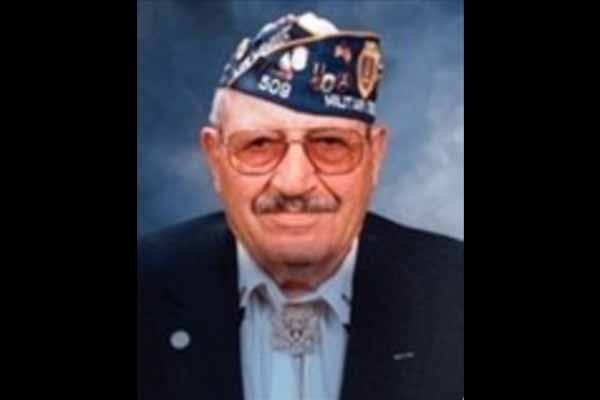 Richard Victor Bengoechea was born on March 30, 1925, to Victor and Margaret Bengoechea in Jerome, Idaho. Richard or Dick as everyone called him was the oldest of 9 children. From an early age he was taught by his father to be a Basque sheepherder herding sheep in the Perrine Canyon in Twin Falls and the Sun Valley area. It was a lonely life since he was so young and alone herding sheep so he joined the Army and was shipped off to Europe WWII. He missed the invasion of Normandy as his mother died shortly after having her 9th child. Dick was assigned to the 3rd Army under the infamous General George Patton. Although Dick did not say much about the war, he did say General Patton was one tough character. Dick was bombed shortly before the war ended in Germany when a German fighter bombed his unit from a plane and blew up railroad cars full of explosives. Dick was injured in the bombing and was awarded the Purple Heart, African Middle Eastern Service Ribbon, Good Conduct, Valor and other medals for his bravery and service during the war.

Dick returned home and married, Marcia Beddall-Blamires of Jerome. Although they came from two different worlds, they were married on Christmas Eve in 1953. Dick was a kind and caring stepfather to Marcia's three children, Floyd, Linda and Edward ("Ted"). Early in their marriage they traveled to construction sites where Dick was a heavy equipment mechanic working for Hoopes construction and MacGregor Triangle Construction. Later Dick and Marcia had two children, Kim and Shane. Although living in a trailer was cramped and they were poor, the family was together. Eventually they moved from his last job in Nevada to Boise and purchased their home on Denton Street for $14,000 in the early 1960s which seemed like a great deal of money. Dick was still traveling and no matter where he worked he would drive hundreds of miles to come home each weekend to be with his family. When he worked in Buffalo, Wyoming he drove over 800 miles each way each weekend. He would leave on a Friday night and return to work on a Sunday and he never complained as his family was important to him.

Dick took over the Sinclair service station at 5th and Main Street in 1968 and later purchased it in 1974. It was later renamed the Veltex. Dick ran a prosperous business for over 30 years as a mechanic with family helping him with the business.
Dick began to focus on his new-found hobby of collecting military vehicles, trucks and other military memorabilia. Dick became the Idaho State Commander of the Purple Heart organization and was involved in the military vehicle club and other military and non-military endeavors.

Dick was a character and one of a kind. He was unique in many ways and loved by many. He lived life on his terms and was always busy doing something and instilled in his children a great work ethic. He will be missed by many. The family would like to thank the wonderful VA, CLC hospice staff for their caring and loving care of dick during his final days. Dick also had many other people to numerous to mention here who were important in his life. For more information about Dick's life, see www.cloverdalefuneralhome.com.