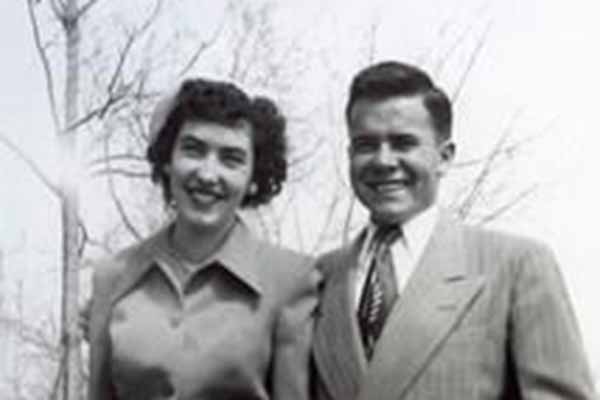 Peter Charles Solaegui, 91, passed away peacefully on May 22, 2020 from natural causes, four days after Elsie, his wife of 66 years. Pete was born on January 18, 1929 in Fallon, Nevada, the sixth and youngest child of Sebastian and Paula (Mugartegui) Solaegui. Pete was known for his friendly nature, creativity and mechanical ingenuity.

Pete had strong work and saving ethics, instilled in him growing up during the lean years of the Depression and by the loss of both his parents at an early age: his mother when he was 5 years old and his father when he was 17 in the autumn of his senior year of high school. As a high schooler, he drove other students on the school bus and parked it overnight at his home before reversing the route in the morning. After graduating from Churchill County High School in 1947 he drove truck for the Milk Producer's Associates.

Pete enlisted with the US Army during the Korean War, trained in Japan, and served on the frontlines of the Korean Peninsula as part of the 160th Infantry. During his tour of duty, he rose from buck private to the rank of Master Sergeant. Pete was immensely proud of his military service as well as that of his three older brothers during WWII: Dan, a merchant marine who died in 1943 after a U-boat fired on his ship; Frank, who served as a paratrooper in the 506th Parachute Infantry Regiment, 101st Airborne Division and earned a battlefield commission after being dropped behind enemy lines during the D-Day invasion of Normandy; and Joe, who served with the U.S. Army Corps of Engineers in the European Theater including during the Battle of the Bulge and at the Remagen Bridge.

After completing his military service, Pete went to work in Gabbs, Nevada for Basic Refractories, Inc. He married Elsie Bruner on September 7, 1953, and the couple raised five children. In 1965, the family moved to Sparks where Pete worked first for Hydro Conduit Corp. and then for 25 years at Cashman Equipment Company, the regional dealer for Caterpillar tractors. At Cashman, he honed his skill at welding and became an expert in heavy equipment maintenance and service. He was the welding shop foreman before becoming a sales representative to the logging, mining and disposal industries. He retired in 1994.

Pete was intensely proud of his Basque heritage. In 1991 he reconnected with his first cousins in the province of Vizcaya, Spain and ultimately visited there three times, accompanied by all five of his children on his final trip in 2005. He loved travelling and he and his youngest daughter Lorraine enjoyed memorable excursions to Washington DC, Italy, France, England and South Korea.

A graveside service for the family will be held in honor of Elsie and Pete at the Churchill County Cemetery on Saturday, June 6, 2020 under the direction of Smith Family Funeral Home. Due to restrictions related to the coronavirus, social distancing protocols will be followed. A memorial service may be scheduled in the future when we can all be together.