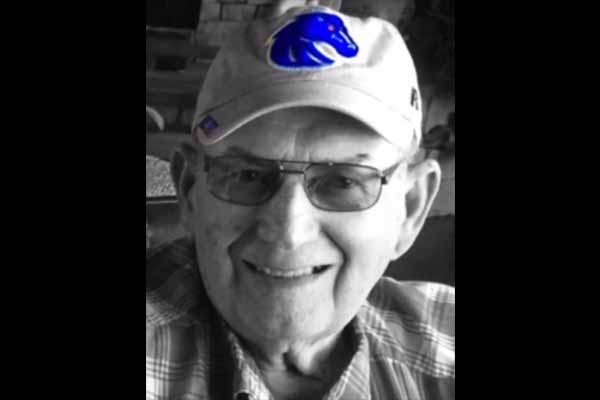 Pedro “Pete” Robert Lizaso, 80, of Emmett, passed away Monday, April 15, 2019 at a Meridian hospital. Funeral services will be held on Tuesday, April 23, 2019 at 11:00am at Sacred Heart Catholic Church, Emmett. Services are under the direction of Nampa Funeral Home, Yraguen Chapel.

Pete was born on August 20, 1938 to Vincent and Juanita Lizaso, in Boise. He was the baby of his family, with 2 older siblings, Ignacio “Choch” and Josephine. He also had many foster siblings and a special family friend, Cecil Jayo, who he loved like a brother. Pete attended school in Boise and Meridian, graduating from Meridian High. He also attended Boise Junior College and played football on the National Championship winning team in 1958-1959. Pete was a tride-and-true Bronco fan, even before Boise State University was a University! His favorite time of year was football season, rooting on his Broncos from his recliner. If you attend his service, your favorite Bronco gear is encouraged. If you’re a vandal, wear that too. Pete always loved that rivalry and appreciated people being who they are!

Pete was born into the dairy business and milked the registered Jersey herd his mother started as a 4-H project, nearly all of his life with his mother and later his sons. When Pete sold the cows, the small herd had grown to nearly 300.

On June 27, 1964, Pete married the love of his life, his bride of 54 years, Louise Egurrola of Homedale. Together, Pete and Louise raised their 4 children, Tony, Dan, Carmen and Marie in Emmett. Through their children’s relationships, they gained three more children in Kitty Bean, Steve Herring and the late Don Boeger. Pete was a lucky man with wonderful grandkids, Allison Lizaso, Joey Lizaso, Brandee & Ricky Brittell, Amanda & Beau Hamilton, Dali Bean and Roy Bean. He also had three great-granddaughters, Marlee, Aubree and Charlee, who loved him very much. Pete also had a close relationship with his sister and brother-in-law, Julie and Julio Bilbao, and his many nieces and nephews.

Pete’s family knows how lucky they are because he loved them for who they were, not who he wanted them to be.

Pete took great pride in his family, his farm, his work ethic, his Basque Heritage, his Boise State Football days and his long term relationships with so many wonderful people.

Pete was a fortunate man who had hundreds of friends who touched his life through his 80 years. He had a very special group of buddies of 67 years, who he still strived to meet for coffee weekly. Pete also grew very fond of the tolerant ladies who took care of this crew and their nonsense each week. He treasured the stories, their years of laughter and their life-long loyalty. Thank You to each of them, new and old, for sharing their love and friendship.

During his time as a dairyman, Pete served for 21 years on the Idaho Dairy Board and 9 years on the National Dairy Board. His service with these organizations, and the hard work of his sons at home, allowed Pete and Louise to travel to many places across the United States and to Ireland. He was very grateful for these opportunities.

From Pete’s family: Thank You for loving our dad. Special thanks to his buddies for all of the years of pheasant hunting and coffee breaks.  And to the nurses and CNA’s on the 5th floor at St. Lukes Meridian, your kindness will not be forgotten. You made his last days comfortable. In room 541 there was much more laughter than tears.