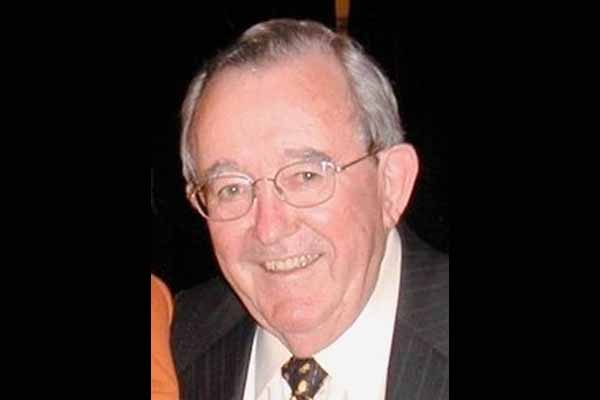 Paul Antone Araquistain passed away on October 26, 2021 in the Touchmark Assisted Living Community in Meridian, Idaho.

Paul was born in Jordan Valley, Oregon on December 2, 1927 to Narcissa and Antonio Araquistain, the youngest of three boys. Primary school was attended in a one-room schoolhouse, from where he went on to get a Bachelor of Science from the University of Idaho, followed by an MBA from Harvard. This prepared him for a fulfilling and successful career as part of the generation that transformed the capital of prunes into the heart of the technological revolution that is Silicon Valley today.

Paul married the love of his life, Melba Sandifer, on September 14, 1957. Together, they raised three children – Michelle, Lisa, and Paul II – in beautiful Los Altos Hills. Paul led an exciting career launching startup companies in the burgeoning fields of semiconductors, robotics, and fiber optics. He was integral to the success of many companies, developing product and business strategies, raising and managing capital, and bringing together optimal teams. Companies he founded and/or led include Rheem Semiconductor (1959), Siltec Corporation (1968), Intersil Inc. (1972), Western Microtechnology, Inc. (1977) and Macropore, Inc (1996). These companies may not be household names today, but that's because Paul was a wiz at selling these startups to companies that remain predominant.

Paul was first-generation American and maintained a strong connection and pride with his Basque heritage. He traveled back to his ancestral homeland, Lekeitio, Spain, many times. An inquisitive person, he took immense pleasure in traveling to Europe, China, Africa, and throughout the United States. Alongside Melba, he was a warm and jovial host, with doors always open for animated conversation and amply poured wine.

Paul and Melba lived in Los Altos Hills for almost 45 years before moving to Idaho in 2010. Paul was preceded in death by his beloved wife, parents and brothers, Pete and Luis. He is survived by his three children, Paul II (John Lang), Michelle (John Erickson), and Lisa, niece Candace Harrison, niece Mary Araquistain, and many other nieces and nephews.

A graveside service will be held at 11 a.m. Monday, Nov. 8, 2021 at Canyon Hill Cemetery in Caldwell, Idaho. In lieu of flowers, memorial donations can be made to the University of Idaho School of Business (Moscow).

And as Paul always said upon departure, Keep the Faith.