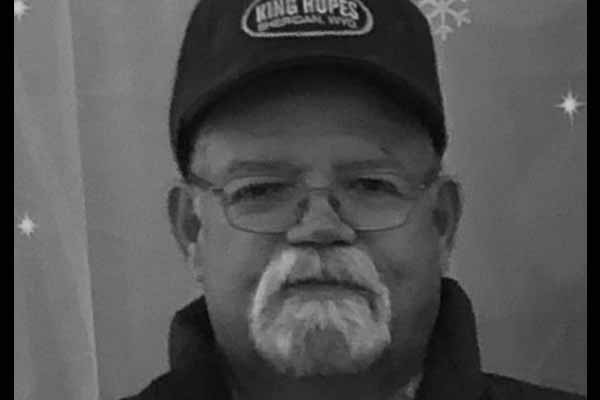 Funeral services for Mike “Bubba” Harriet, 67 year old lifetime Buffalo resident who passed away suddenly Monday at his home in Buffalo will be held Saturday, June 20 at 11:00 a.m. at the Johnson County Fairgrounds with Bob Ruby officiating. A graveside committal service in Willow Grove Cemetery will precede the funeral at 10:00 on Saturday with Father Pete Johnson officiating. Visitation will be at the Harness Funeral Home Chapel on Friday from 1:00 p.m. until 9:00 p.m. Donations in Mike’s memory may be made to the Johnson County Fairgrounds Foundation in care of the Harness Funeral Home at 351 N. Adams in Buffalo. Online condolences may be made at www.harnessfuneralhome.com

Michael Harriet was born on April 16, 1953 in Buffalo, Wyoming to Prosper and Theo Harriet he grew up and went to school in Buffalo and graduated from Johnson County High School with the class of 1971. After high school he went to work for the Harriet Brothers Ranch. He was married on May 29, 1974 in Buffalo to Felecie Reculusa and they made their home in Buffalo. They lived and raised their family in Buffalo and were divorced in 1998. Mike continued living in Buffalo until his death.

He was a board member of the Johnson County Co-op, Johnson County Wool Growers Association, Big Horn Mountain Trail Ride Board, Johnson County Predator Board, a past member of the Knights of Columbus. Mike was an avid roper and participated in roping events all over the country. In retirement he loved helping all of his many friends and family with ranching activities. He loved to cook and share his creations, and was a Lukainka winner at the NABO celebration. He was a professional Bullshitter and entertained all with his stories. His passion was spending time with his family, especially at their cabin in the Big Horns.

He is survived by one son, Simon Harriet and his wife Dianna of Littleton, Colorado; one daughter Laci Schiffer and her husband Ben of Buffalo; one sister Nikki Lohse and her husband Tom of Buffalo; and one niece Catie Lohse of Buffalo and four grandchildren, Silas, Eli, Trell and Deven. He was preceded in death by his parents.