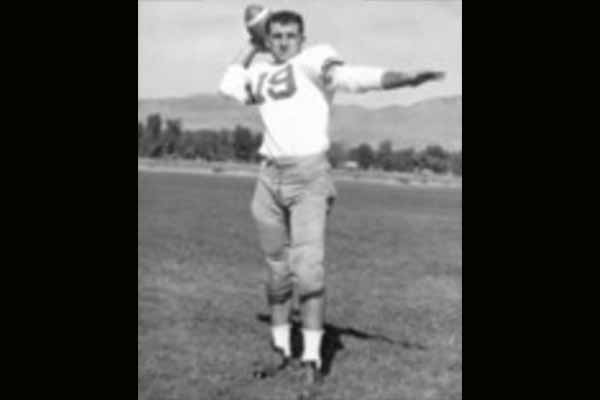 While Babe was happiest on a football field or coaching from the sidelines, he was also a proud representative of Idaho's Basque culture. He was a respected business community member and leader and owned the BF Goodrich dealership in Meridian, ID, Idaho Truck Tire, and Babe's Tire and Auto. He was a member of Saint Mary's Parish, a Community Activist and coach for Youth Optimist Football. Babe was also a proud member of the Boise Elks Club and the Bronco Athletic Association.
Babe was teamwork driven. His work ethic and standard of personal excellence was bestowed upon all who knew him. While he was serious about bringing up his two children to strive for excellence, honesty and integrity, he also knew the value of living and enjoying a well-rounded life. Many who knew him called him The Fun Dad and he truly was.

Graveside service will be held Friday, October 11th at 10:00am at Morris Hill with a reception following.

In lieu of flowers please consider a charitable donation in Babe's honor to: