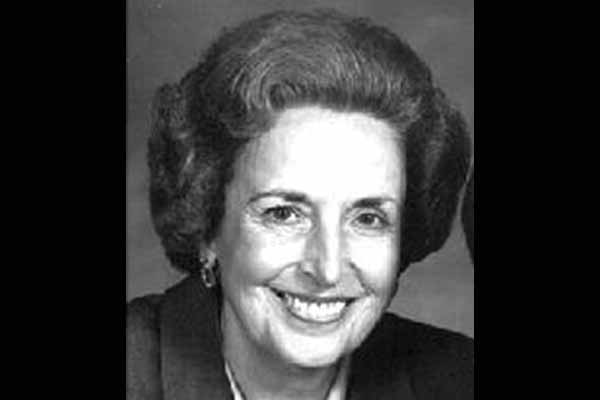 Louise was the second daughter of Fernando Cano Fernandez and Felicia Golzarri Obieta, both immigrated from Spain.

Louise was a graduate of Saint Joseph's Academy and a 30 year employee of the Golden 1 (formerly CSEA), where she served in management at the Downtown Branch.

A devout Catholic, she grew up attending the Cathedral of the Blessed Sacrament, was married at Saint Francis of Assisi Church, then became a parishioner of Our Lady of the Assumption. Upon moving to South Land Park in the 1960's she joined Holy Spirit Parish. She became a member of Saint Anthony's parish when she moved to her final residence in the Pocket Area.

Louise was very proud of her Basque heritage and cherished her trips to Spain.

Louise was predeceased by her older sister, Francisca (Sue) Fernandez, brother, Andrew Fernandez, her parents, and her former husband, George Arnerich. She is survived by her son, Daniel, her sisters, Jane Estremera, Inez DeFazio, Elisa Fernandez and many nieces and nephews.

All services will be held at Saint Mary's Cemetery Chapel, 6509 Fruitridge Rd, Sacramento. A viewing will begin at 5:00 pm on January 17th, followed by a 7:00 pm rosary. The funeral service with interment will be held on January 18th at 1:00 pm.

We wish to give special thanks to Gwen Batiratu and Neta Rakaseta, who provided excellent home care during Louise's final two years. Memorial donations in lieu of flowers may be made to her favorite charity, The Sacramento Food Bank, at sacramentofoodbank.org.