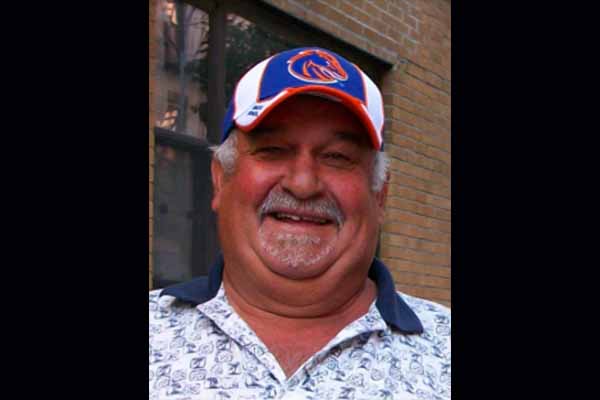 Leo was born on April 24, 1948 in Nabarniz, Spain to Marcelino and Rosario Apoita Basterrechea, the youngest of seven.  At the age of 18, Leo moved to the United States in January 1967 under an employment contract.  He spent the rest of his life working in and around the Gooding area.  On December 4, 1971 he married Caroleann Moline.  Together they raised two sons, Randy and Nikolas.

Leo spent the next 51 years in Idaho working for several local farming, ranching, and dairy families.  He later worked on the Moline Ranch, and was employed at the Fairfield Sawmill and Blincoe’s meat packing plant in Gooding.  When the packing plant closed, he started his own landscaping and sprinkler business, L&L Sprinklers, with his good friend Leo Guarrochena.  This venture evolved over the years as the business became successful and eventually led to the opportunity to count Bruce Willis, who tasked Leo and crew with landscaping his new home in Hailey, as a satisfied customer and friend.  In addition to the sprinkler business, which was a constant throughout most of his life, Leo and Caroleann were also proud to open the Toki Ona, a Basque restaurant, with good friends Luis and Debbie Zatica in the 1980’s.  Leo managed the Lincoln Inn bar for a time in the early 1990’s.  Later he ran the Lincoln Inn restaurant as a nod to the original Toki Ona, once again with Luis Zatica, and this time with close friends Joe and Lizette James.  In 2008 Leo began working for the Big Wood Canal Company where he remained for ten years.  A notable highlight for Leo was working for John K. Colgate Jr., whose ranch he looked after north of Gooding.  Leo often referenced his time at Colgate’s as one of the happiest and proudest milestones of his working life.

Leo was a charter member of the Gooding Basque Association and enjoyed the many hours he spent volunteering for the organization over the years.  He loved playing the Basque card game Mus with his friends and this hobby even took him to the national and international championships at one point.

It would be an understatement to simply say that Leo was quite social.  He loved spending his time in the company of others, and even those who knew him briefly somehow managed to know him well and became life-long friends.  Whether one worked alongside Leo for a short time, or knew him for many years, his boisterous spirit and jovial nature could make anyone feel at ease.  Leo loved laughing, joking, and giving a hard time to those he cared about. He was quick to buy someone a drink and make them laugh.  Leo will be fondly remembered as an integral member of the community he came to call home.  A place he initially knew nothing about all those years ago in January 1967.

Leo is preceded in death by his parents, and earlier this year by Jose M. Yrueta, a close friend whom he considered family.

The family would like to thank Dr. Mark Spencer and staff, as well as the caring team at North Canyon Medical Center in Gooding, who took exceptional care of Leo in his last weeks.

The family would also like to extend a very special thank you to Gary, Lori and the staff at Bowman Funeral Parlor of Garden City for their special care during this time.

Memorial contributions in Leo’s name may be made to North Canyon Medical Center in Gooding, Primary Children’s Hospital in Salt Lake City, Utah or The Autism Society Treasure Valley in Boise, all of which hold a special place in the Basterrechea family’s hearts.