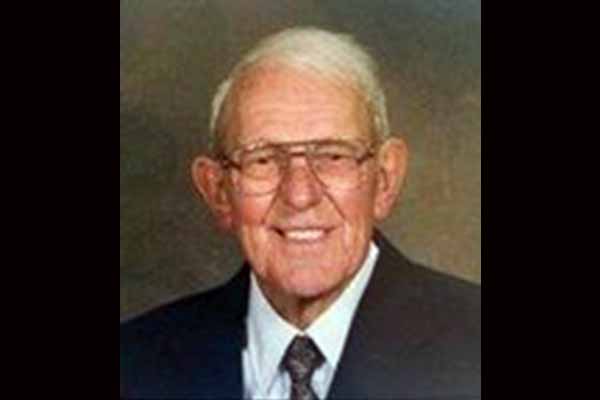 Dean was born July 14, 1927, in Salt Lake City, Utah, the son of Adolph and Delena Baumann. Dean attended and graduated from Shoshone High School in 1945, earning valedictorian honors. Dean was one of the last two men drafted from Lincoln County in 1945 to enter World War 2 at its closing. He was temporarily stationed in Korea.

On May 28, 1950, Dean married Lucile "Lucy" Sabala. They were blessed with three children, and they enjoyed, thrived and happily lived for over 50 years of marriage.

Dean was an outstanding athlete starting on the varsity basketball team as a freshman point guard, the quarterback of the football team and an all around baseball player. He taught his boys everything and coached them throughout their growing years. Dean was a jack of all trades and could do anything from electrical, plumbing, painting, woodworking, car maintenance, etc. As a kid and father, Dean could be on a dead sprint with gun at his side, son(s) behind him, jump a fence and shoot a pheasant in a blink. Further, Dad spent countless hours with his father, brothers and sons fishing throughout the Magic Valley, especially at Magic Reservoir.

Mom and Dad were active parents who attended all school activities, socials, Basque functions, church functions, and especially sporting events which they followed supporting their children and grandsons.

Together, Dean and Lucy were proud to be members of St. Mary's Parish, Euzkaldunak Inc. (Basque Center), St. Vincent DePaul, and were long standing season ticket holders for Boise State University Football and the Boise Hawks. They were also loyal and longtime supporters of Bishop Kelly High School, with Dean serving on the Board of Directors on several occasions. Dean was deeply religious reciting the rosary everyday with close friends, attending daily mass, helping others in need, and providing assistance and care as needed.