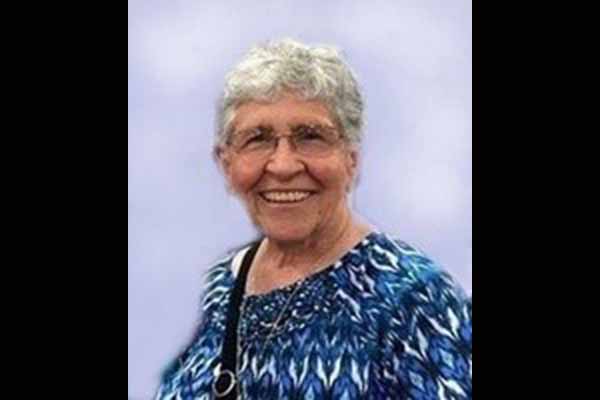 Our devoted Mom, Amuma, and Aunt Juanita passed away May 5, 2021 at the age of 84 to dementia. Being a devout woman of Catholic faith, it gives us great comfort knowing she is now without confusion and has been reunited with her family.

On January 10, 1937, our Mom, Juanita, was born on a cold, wintry day to Joe and Maria Onaindia - Basque immigrants who settled in Cascade, Idaho in 1928. Mom was the youngest of five children, joining Mary, Rosa, Julia, and Joe.

The stories Mom shared of her young life in Cascade were very treasured memories. She attended school in Cascade, graduating in 1955. Her young life was full of playing pinnacle, eating popcorn, and attending any social or sporting event Cascade had with her brother and friends. Her strong work ethic started early; she worked at the bank after school and at the Roxy Theater in the evenings. To say our Mom was a social butterfly was an understatement; she was a woman who was in constant motion throughout her life.

Mom caught the eye of a young Basque man named Albert Abaunza; they were married September 6, 1958 and spent 56 year together. To this marriage, two daughters were born, and two wonderful sons-in-law were added to the family: Milagros (Albert) Izaquirre and Anita (Dana) White.

When Mom and Dad married, they worked for Colin McLeod Sheep Company and lived at Spring Valley Ranch. Mom took on a multitude of roles: she cooked three meals a day for ranch hands, she was an interpreter for the Basque sheepherders, and her best role was as a mother. Mom was always prepared to feed or help anyone who would show up at her front door.

Desserts were Mom's favorite part of any meal. She was always full on the main course, but when desserts were served, her eyes would twinkle and a big smile would appear. When you eat your next dessert, give a nod to Juanita and enjoy!

When Mom and Dad moved to Caldwell, she worked for the Caldwell School District when Anita started 1st grade. She was always proud to say she was home when her girls came home from school. She worked for 40+ years in food service at Washington Elementary School. When she retired, she missed working and after a 2-year break, she went back and worked part-time until 2018.

A treasured memory of ours is that Mom was ruthless when it came to playing games. Watch out if you played pinnacle or croquet - she played to win. When Mom said "I'm going to shoot the moon" playing pinnacle, she did. Even rollercoaster rides couldn't keep her away!

Mom was an avid fan of Boise State football and basketball; this brought great joy to her and much anxiety! If you ever had the pleasure to watch a game with her, she would always say before each game, "I sure hope they win" and you heard a lot of "yahoos" when they scored.

Mom was so proud of her granddaughters and what they accomplished in their lives. She was their biggest cheerleader and would do anything for them. Mom loved her nieces and nephews as if they were her own. Just know, all of you were greatly loved by her.

We would like to thank Grace Assisted Living and Memory Care for the three and a half years Mom was a resident. We appreciate all you did for her and the care you took of her.