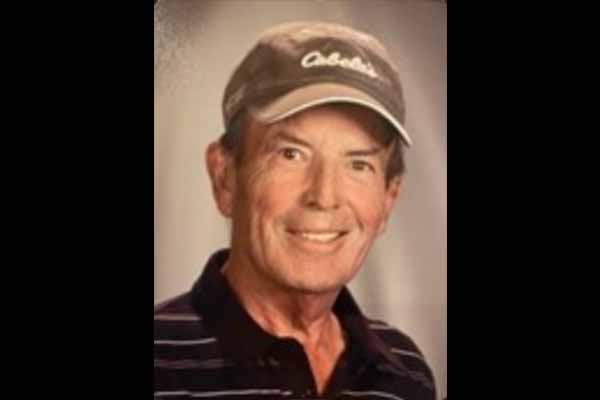 John (aka Johnny, babe, dad, pops, Pappa Johnny) was born on October 19, 1943 to John and Lucile (Borda) Rose. John never knew his father, as he left when John was about two years old. John was raised by his single mother and her extended Basque family in Reno, Nevada. He was a proud third generation Nevadan. He graduated from St. Thomas Aquinas Catholic School and Bishop Manogue Catholic High School. He also attended the University of Nevada-Reno.

While attending Bishop Manogue, John met the love of his life, Linda Hammersmith. They were married on August 20, 1961 and had their first child the following year. The pride and joy of John's and Linda's lives are their four boys (aka "The Rose Boys"), John III, Alan, Sean and Shannon.

To say the least, their four boys kept them busy and added excitement to their lives. John and Linda have always claimed to own a wing of St. Mary's Hospital because they spent so much time and money getting the boys' wounds stitched and bones set. As dad would say "never a dull moment"!

With all 4 participating in sports during every season of the year, John spent his days working for United Airlines and his afternoons and evening involved with his boys sporting events. John spent many years coaching his sons' Reno National Little League teams and Pop Warner football teams. When he wasn't coaching, he and Linda would be watching their sons play other sports, such as CYO basketball. Eventually, they spent many days traveling to and watching their sons play various sports (football, basketball and baseball) for Bishop Manogue High School. John never missed a game and continued his devotion to his family when his grandchildren started participating in youth sports. He and Linda never missed an event. He was one proud Pappa!

John's second passion was hunting. Whether big game (deer, elk, antelope) or birds (ducks, geese, dove, pheasant etc.), John loved to be out in the wilderness bonding with his closest friends and his sons. While all of his boys hunted, Alan shared his dad's passion for the sport. John rarely missed an opportunity to go on a hunt, even when he didn't have a tag and was just tagging along as a scout.

John worked for United Airlines for 37 years, retiring when he was about 55 years old to spend time with his family and to help Linda with her passion - raising and showing Arabian horses. While John loved to complain about the horses, he truly loved every minute and loved supporting his wife.

After his retirement, John found himself with too much free time on his hands. He took a part time job with St. Alberts Catholic School as a maintenance worker. John took pride in being a jack of all trades, master of none. He loved the job. He loved talking and joking with the students and the students loved him. John's special relationship with the St. Alberts' students is best demonstrated by a prior student's Facebook post after John's passing:

"Rose family, I am beyond words of telling you how sorry I am to hear of his passing. He was such a caring, gentle, hardworking, loving, honorable, and genuine friend, [husband], dad, and grandfather. He will forever be in my heart as he impacted my life so immensely. I never saw him without a smile on his face or a piece of candy for me in his pocket. What an unbelievable guardian angel you now have to watch over you all."

In 2013, John became gravely ill as a result of a medical mishap following a routine procedure. That day changed his life. Because of the complications, John developed a severe infection that eventually led to months of hospitalizations and the loss of his leg. While John never truly recovered from this event, he did not let it control his life. Even with one leg and difficulty breathing, he continued to go on his annual hunts with his buddies and son. Just last year, John shot his last antelope on a trip with two of his closest friends, Judge Larry Hicks and Steve Dundas, along with his son, Alan.

John was a very generous person who would give his last dime to help those in need. Those who knew John well will tell you that he had an innate ability to strike up a conversation with anyone, from the pope to the grocery clerk. With his contagious smile and his ability to spark up a conversation, John made friends with everyone. A rare trait in today's society.

John is now in heaven with his mother, Lucile Borda Rose, and his father and mother-in-law, William and Vivian Hammersmith. He is survived by his wife of 58 grand years, Linda Hammersmith Rose, his four sons - John III of Rocklin, CA, Alan (Ginger) of Reno, NV, Sean (Leslie) of Reno, Nevada and Shannon of Pleasanton, CA, his seven grandchildren - Hailey, Kyle, Carson, Myles, Bella, Judge, Jake and Kelsey, his many, many Basque cousins and his many friends who always stood by his side.

At John's request, there will not be a funeral, as he did not want anyone to mourn his passing. Instead, John will be entombed with his other family members at Mountain View Cemetery during a private family ceremony. A memorial celebration of John's life will be held in the near future with all John's many friends and relatives invited to attend to share their stories and some laughs.

A special thank you to all John's friends who helped make his final years memorable - Hal, Steve and Linda, Larry, Charlie, Mike Z., his many cousins and others. Please know that we so very much appreciate the kindness and unconditional love you gave to our husband and father over the years. You will always hold a special place in our hearts.