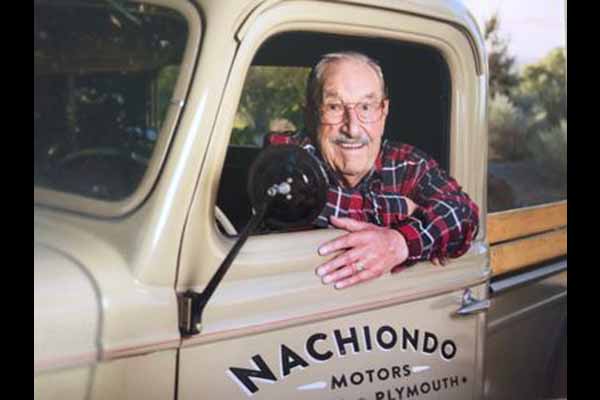 Jess immigrated to the United States as a young boy in 1936 with his mother. Jess' father and older brother were already in Northern Nevada. Jess and his mother literally walked into Southern France from Spain, and were lucky enough to have a relative who secured positions aboard the Ile De France cruise ship. They sailed into the New York Harbor, arriving at Ellis Island, New York. From there Jess and his mother took a cross country train ride to Winnemucca, Nevada which became Jess' lifelong home.

Jess started grade school speaking only the Spanish and Basque languages, and quickly learned to speak English. During summer breaks from school Jess worked in the Basque sheep camps at the Nevada-Oregon border region. At a young age he learned how to work hard and save money for the future. Jess shared many stories of the sheep camp days, and he loved being in the outdoors close to nature. Jess' father died shortly after Jess arrived in the United States and he and his brother became the men of the house. At the age of 18 years Jess went to Salt Lake City, Utah to study automotive mechanics. While in school he stayed at the Landa Guest House, and met many other Basque men and women who called this boarding house 'home'. Jess went on a blind date with Eleanor Domingo in the Fall of 1948. Jess and Eleanor fell in love and were married six months after that fateful blind date. They were happily married for 59 years until Eleanor passed away in 2009.

Jess and Eleanor made a great team, complimenting each others skills as business owners and also as parents. Jess and Eleanor had five children. Jess was very proud of his children. He taught them to enjoy the outdoors through the countless fishing, hunting, camping and boating excursions. Jess encouraged a good strong work ethic in his children. He also encouraged them to save for the future and to be self sufficient, as this was engrained in Jess as an immigrant to America as a boy. Jess also enjoyed prospecting with his buddy Irvin Sweeney. They had many adventures, resulting in many mining claims in the Northern Nevada region. Jess and Irvin were 'rock hounds' who even had success in selling some of their mining claims. Jess enjoyed being out in the Nevada country very much. Jess took his wife and children on many camping and fishing vacations, including trips to the Steen Mountain Range, Trout Creek, Onion Reservoir and countless other places he had explored as a young man. Jess shared stories of the sheep camp days in many of these locations. Jess visited his homeland in Spain one time, a very memorable trip considering how he and his mother had fled as a young boy.

Jess was an active member of the Euskaldunak Danak Bat, Winnemuca Basque Club. He was also a member of the St Paul's Catholic Church Knights of Columbus. Jess loved chatting with people and had many many friends.

Jess' story is a beautiful example of the American Dream come true. He loved Nevada and he loved this country. Jess was forever grateful for the opportunities afforded him during his lifetime. He was a devout Catholic and he believed in treating others with love and respect.

Jess passed away in Reno, Nevada Sunday August 4, 2019 while living his final years at Summit Estates. With their care and the care of Summit View Hospice and Right At Home his days were happy, comfortable and cherished. The family is very grateful to each organization and the staff members within. Your kindness towards Jess was very appreciated.

There will be a Catholic Mass on October 26th at 11:00 a.m, St Paul's Catholic Church in Winnemucca. A celebration of life luncheon will follow at the Winnemucca Convention Center.

In lieu of flowers please consider making a donation to the Alzheimer's Association.