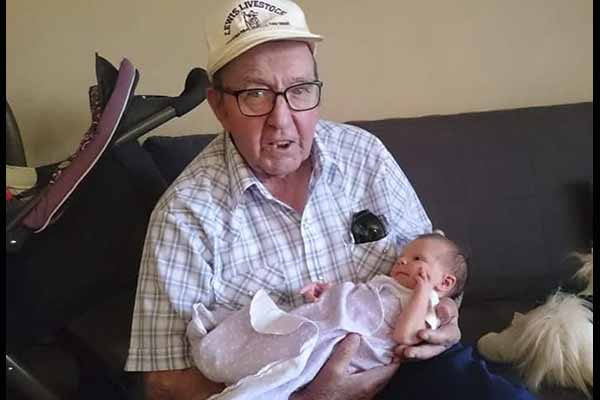 Jean-Baptiste Etchamendy lived a life wide in scope, but even bigger in heart— and faith. Born in the mountainous Basque village of Esterençuby, France, on July 13, 1932, Jean-Baptiste was the third of, what would eventually become, the seven children of Gratianne Guéçaimburu and Jean Etchamendy. His childhood during World War II under the German occupation of France was his first taste of the hardships of war— and, unfortunately, it wouldn’t be his last. After difficult post-war times descended upon the family’s sheep farm, Jean-Baptiste knew that his future lay across the ocean in America. He had faith that things could be different and better. But, before he could immigrate, Jean-Baptiste was called away to serve the French Army in the Algerian War. During a combat firefight, he suffered a life-threatening bullet in his right arm. While he nearly lost his life, he nonetheless had faith— faith that brighter days were ahead. Jean-Baptiste was awarded four medals of honor from the French Government, including the Cross of Military Valor and the Combat Cross.

After his service was complete, his dream and hope of America finally came true on March 15, 1957. Opportunity eventually brought Jean-Baptiste to Arizona— the beloved land where, with lots of hard work, he would build a sheep company that wouldn’t have been possible back in his homeland. He worked hard for several years, with long hours, and sometimes little reward, but in 1968, he met a charming young woman that made him feel that faith once more. A year later, he made Barbara Ann Lujan his wife.
They built a beautiful life together and raised their three sons in the love, hope and faith that so defined their hearts—and their family. Gifts that Jean-Baptiste carried with him for each of his days.

Jean-Baptiste is survived by his adoring wife, Barbara and his three beloved sons, Mark (Sonia), Robert (Sylvia), JB (Magda)— all of Arizona. He was a cherished grandfather to Sabrina, Elena, Aleksandra, Gabriel, Isabelle, Wiktor, Collette, Sofia, Celine, and Amaya—and a great-grandfather to Lylah. He is also survived by brother, Enaut Etchamendy of France, brother Martin Etchamendy and sisters Anne Marie Minaberri and Marie-Therese Curutchague, all of California, and numerous loving nieces and nephews. He was preceded in death by his parents, sister Kattalin Goyheneix, and brother Manex Etchamendy.

In lieu of flowers, the family requests that donations be made to St. Jude Children’s Research Hospital—www.stjude.org, or, by phone: 800-805-5856.