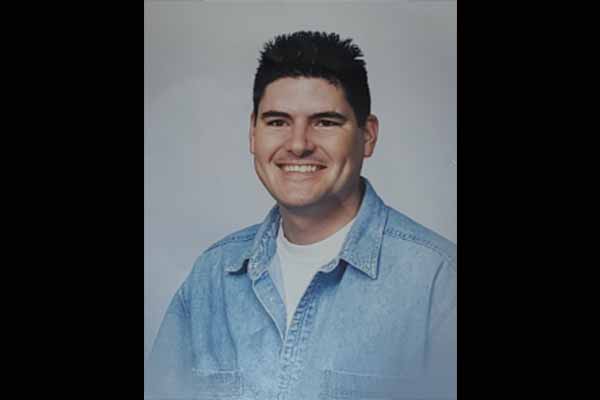 Born in Boise, Idaho on December 15, 1965, Nick was the third child of 4 to Jim and Yvonne Echevarria. Nick lived in Boise from the day he was born all the way up until he was 18 years old, graduating from Bishop Kelly High School in 1984. After he graduated he moved to Phoenix Arizona, where he became a golf pro at various golf courses in the area, helped open TPC Scottsdale, met and played golf with various PGA pros including big names such as Corey Paven, who gave Nick his golf bag, and Jack Nicklaus, as well as many others. He met the love of his life, and future wife, Annette Christine Morris, who he always called his Pink Rose. They were married on April 24, 1993, in Spokane, then later moved back to Boise where he remained until his death.

After Annette passed away in 2011, Nick stepped up to raise his 3 boys by himself as a single father. He was the strongest man, who took so much in his life but managed to push through every struggle to be strong and set a good example for his 3 sons. Even when he was hurting, he never wanted his boys to see it, because he was the rock that held them together.

His 3 boys thought of him as the strongest man they have ever met, they viewed him as their role model, and they thought if they could grow up to be the man that their father was, they would be lucky. He was a comedian, and the nicest guy in the world. He always liked to laugh and smile, and make other people smile. He would put others before he thought of himself, and if you were good to him, he was good to you.

He was an unbelievable husband and Father, son, brother, uncle - and his generosity and strength will be remembered forever and will be the example his boys strive to be as they grow up.

Surviving Nick is his 3 sons, Zachary, Matthew, and Jacob; his mother Yvonne; his siblings: Christy (Tim), Mark, and Reme (Kelby); his in-laws: Ken (Debbie), Kate, Mike (Nancy), Mary (Chris); and his many loving nieces and nephews, Grand-nieces, and grand-nephews. He was preceded in death by his wife Annette and father, Jim.

He was always on the fly, and now, as he would say, he gets to dance with his love, Annette, again.