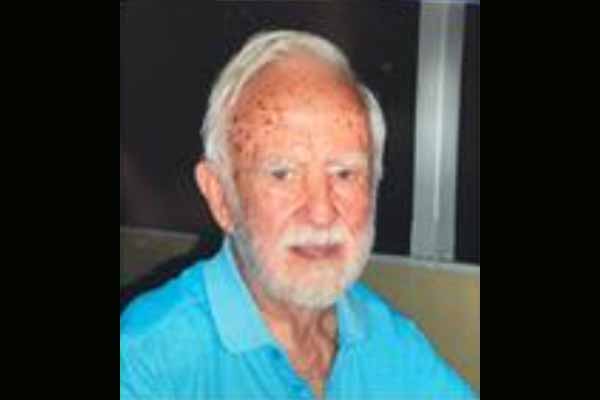 Freddie was born on Sept 2,1925 in Ventura to Josephine Jauregui and William Orr. Lovingly raised in a Basque and Scots Irish Family, with many uncles, aunts, and cousins close by in the farming and ranching community. His parents had a lemon orchard, and he grew up learning how to fix anything in the Freddie Orr style. Never could they justify the need to hire a handyman.

Fred graduated from Ventura High School in 1943 and then joined the Air Corps as a navigator in 1944. After WWII, he enrolled at UCSB and was a member of the Kappa Sigma Fraternity. Here he met the love of his life, Gloria Jean Knutsen, at a fraternity dance. After marriage and graduation, they moved to Lake Elsinore, CA for 5 years. He coached football, drove the school bus, taught Industrial Arts, and started a family with 3 children.

They decided to move to Anaheim, Gloria's hometown, where Fred taught for several years at Western High School. Later he became an Orange County Industrial Arts Coordinator. Here they were blessed with 6 more children. When the opportunity came for Fred to return to Santa Barbara, he jumped! He landed a job as a director for the county schools, and they moved in 1965 with 9 kids in tow. Two years later, their last surprise, and grand finale, a set of twins arrived.

Being surrounded by his wife, 7 daughters, and 4 sons were his joy! Everything revolved around them and their activities, hiking, water-skiing, lime picking in the orchard, and hosting all the family parties. He was game for everything, especially in tennis where he took great delight in competing and "shellacking" his sons-in-law.

In 1981 Fred retired from the Santa Barbara County Schools Office, and began working on the development of the family farmland in Ventura. He also spent time with the St. Raphael's Sociable Seniors. His Faith, Family, and Friends were the cornerstones of his life.

He is survived by his devoted wife of 70 years, 11 loving children, 21 grandchildren, and 7 great-grandchildren. Despite his numerous health challenges, he was never one to complain. In fact, his resiliency and steadfastness made him a role model for his family.

His rosary will be held at Welch-Ryce-Haider Funeral Chapel 450 Ward Drive, Santa Barbara on Saturday October 12th at 6:30 PM, and Funeral Mass at St. Raphael's Catholic Church on Monday October 14th at 9 AM.