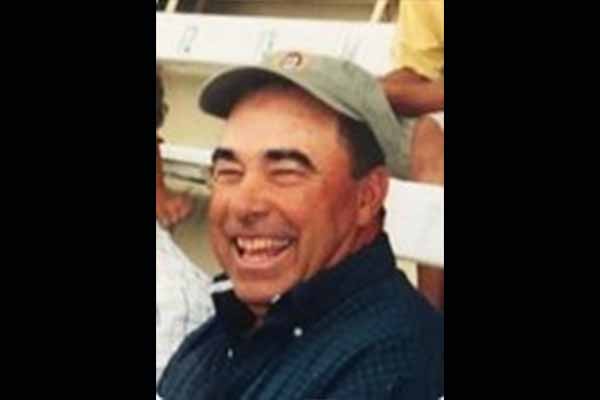 Frank Eusebio Astorquia, age 77, of Gooding, Idaho passed away Tuesday night September 3, 2019 after a series of illnesses that he believed surmountable as he had defied many setbacks – he believed anything could be fixed.

Born November 4, 1941 in Gooding, Idaho, Frank was the only son among 7 sisters to the late Eusebio Astorquia and Josephine (Ensunsa) Astorquia. Adding to this uniqueness, Frank was also a twin to sister Joanie.

Raised west of Gooding on the family ranch rich in Basque tradition and language, his father taught him livestock and farming and his mother taught him great food and incredible bread. And Frank made sure his sisters knew he was their number one priority.

A few years after graduating from high school, Frank married Carman Maestas, his high school sweetheart. Frank and Carman had 3 children.
Working the family ranch and farm west of town was Dad's life work. With an unwavering work ethic, Dad carried on the family legacy of raising sheep and cattle and farming and made little time for hobbies or being idle.

Dad loved farming and building and spent most of his time fabricating or revamping equipment. There was never a piece of equipment that could not be fixed or improved. Dad would rather do something himself and have it done right. A project would not start unless it was going to be right and you did not leave it until it was right.

Born from necessity or pure ingenuity, his custom hotrod, sheep watering truck, modified corn header, weight-automated silage door and custom lawn mower among many others are topics of discussion to this day. Dad found rare time over a few Sundays to build a great playhouse for us, which still stands today.

Frank was a loyal friend to many. Witty and generous, yet a thorough judge of character, you best be ready for a nickname and a good tease. Many of Dad's fondest memories are of meals at the big table at the ranch with the hired men and family. Quiet and authentic, Dad enjoyed telling stories of his past, laughing and enjoying good food. Dad became a good cook in his own right and spent hours perfecting Grandma's bread.

Dad was proud he passed along that same Astorquia work ethic, ingenuity, wit and judge of character to his children.

Frank is survived by his son - Justin (Judd) and his wife, Lisa (Sabala) of Gooding, Idaho and her daughters Taylor, Erika and Alyssa (Anthony); daughter - Stephanie and Chuck Nicholson of Boise, Idaho; and daughter - Jennifer, her husband Michael Lauber and their two children, Olivia and Logan, of Boise, Idaho. Frank was particularly proud of his grandchildren.

Frank is also survived by 7 sisters: Rita (Zabala), Annie Lou (Stevens), Connie (Pratt), Lucy (Osborne), twin sister Joanie (Teehan), Susan (Childs) and Patty (Raynor) as well as many nieces and nephews and great nieces and nephews. Frank was preceded in death by his parents and two sisters, Georgia and Agnes.

A celebration of life service will be held at 11:00 am Wednesday, September 11, 2019 at the Gooding Basque Center at 285 Euskadi Lane, Gooding, Idaho. A private inurnment will follow at the Elmwood Cemetery in Gooding.

Condolences, memories and photos can be shared with the family by following the obituary link at www.demarayfuneralservice.com.