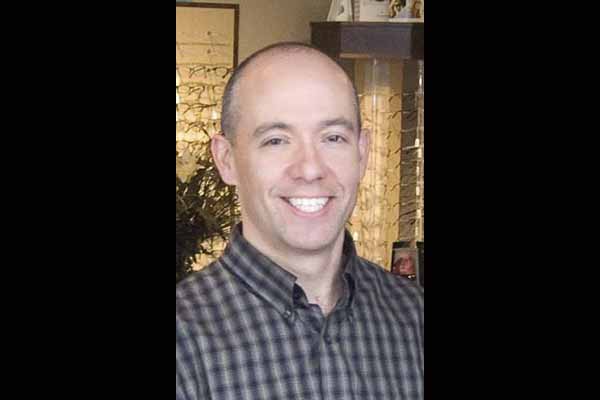 Dr. Bengoa. Code. Dad. Teasy-Grandpa-in-Training. It takes a lot of names to make a life. A lot of words for us to encompass the incredible person that my dad was. He had endless compassion and hated seeing people hurt, which he inherited from his mother, Sandra Bengoa. But he was also silly and loved to tease his wife and kids, which was his inheritance from his father, Cleto Bengoa (the original Teasy Grandpa). From the moment he was born to them, on March 11, 1977, he has been a blessing and an inspiration to all those who were lucky enough to know him.

Cody spent his early years at King’s River Ranch developing a solid work ethic, engaging in shenanigans with his siblings, Sonny and Sandy, and making memories with his cousins and members of the close-knit community. He later went on to attend high school in McDermitt and Winnemucca, graduating as one of the valedictorians of the
Lowry High School Class of 1995. Cody had always known that he wanted to pursue a career that would enable him to serve others. After losing his beloved Grandpa Chris to cancer, he considered a career in cancer research and began his college studies in biochemistry. He later realized that one of the things that fed his soul was interacting with the people he wanted to serve. That fact, combined with an aversion to blood, led him to set his sights on becoming an Optometrist.

After completing his BS in Biochemistry at UNR and OD at Pacific University, Cody and his wife, Tiffany, returned to Reno where Cody was able to learn from and work with Dr. Rick Meier. Several years later, with a baby on the way, they decided it was time to move closer to family. They were so grateful for the opportunity Cody had to return to and work in his hometown.

To many people in Winnemucca, Cody came to be known simply as “The Eye Doctor,” and in his career, he was both diligent and marked with the humility and compassion which defined everything in his life. He had a positive impact on so many people, not only allowing them to see the world more clearly, but also adding joy to their lives. Cody loved having the opportunity to work with his associate, Dr. Gall, and an amazing and dedicated staff, and felt blessed and honored to be able to work and raise a family in the community in which he was born.

Despite his busyness at work, he always made time to hang out with the love of his life, Tiffany, and his young partners in crime and all things ice cream-related, Maitéa and Joel. Cody enjoyed skiing, hiking, fishing, camping, and relaxing on the beach with us, and said that his favorite vacation spot was “anywhere with my family.” He loved to run and bike, and one of the best parts of his day was his early morning CrossFit workout (especially when there was a lot of running, so he could “rest.”)

Upon receiving his cancer diagnosis in November of 2020, Cody was very deliberate in his approach to keeping his spirit, mind, and body prepared for the road ahead. He cultivated a spirit of gratitude, focusing on his appreciation for the outpouring of support from family, friends, and the community. When he was sick and weak from the effects of treatment, he would put on his hiking shoes or, if we were home, head to the gym and power through the workout with whatever strength he had that day. He
spent time studying scripture, making endless lists, recording messages for his wife and kids, and writing down the tasks that he had always taken care of, hoping to make his passing easier on those whom he loved.

After an arduous and brave fight with cancer, Cody Sam Bengoa ended his earthly chapter at home, in Winnemucca, on September 29, 2021, at the age of 44. Surrounded by his wife and kids, parents, and sister-in-law, Mary, he departed this life for his heavenly home. Although his time on earth was short in length, in depth and breadth, it lacked nothing. My dad will be forever remembered for his kindness and courage by all those who were blessed enough to be a part of his life.

In lieu of flowers, the family asks that those wishing to give please send donations to help our local families and friends battling cancer. Donations can be sent to the LaRena Smith Bengoa Run, Ride or Walk for the Cure, ℅ OK Tire 750 W Winnemucca Blvd., Winnemucca, NV 89445 or online at larenasrace.org

Tiff, Tea, Joel, and all of Cody’s family would like to thank everyone for their overwhelming thoughts and prayers. Cody passed away at their home on Wednesday, surrounded by his family.