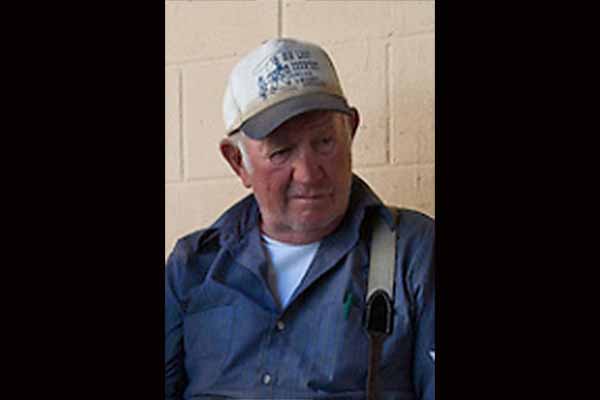 Cleto Muguira, was born on September 5, 1927 on the family ranch. Cleto passed away on the same ranch in McDermitt (Oregon side) on July 8, 2021. Cleto lived on the ranch his entire life & passed at his home surrounded by his family as per his own wishes.

As the youngest child of John & Delores (Bengoa) Muguira, Cleto often had to stay in the kitchen. He learned to properly cook Basque food and how to butcher. These skills he passed down to his family later in life. Cleto often made chorizos, cod fish, and lamb. Cleto was known as a great cook.

Cleto attended grade school at Oregon Canyon, then furthered his education at Winnemucca, graduating in 1946 as the senior class president. Later, he attended Links School of Business in Boise.

Cleto spoke English, Basque, Spanish and even a little Paiute.

As a young man, Cleto married Marie Martinez from Winnemucca. The couple had two children: Dorinda and Michael. Later the couple divorced.

Cleto married Charlotte Grubaugh in 1966 in Reno, Nevada. Cleto and Charlotte had one child together, Michelle in 1968. Cleto also helped raise Charlotte’s children from a previous marriage: Walt, Tommy and Rita Cook.

Cleto was a good husband and father. He was kind with a great sense of humor.

Cleto broke a lot of horses as a young man for extra “play” money. He was a bronc rider. He won the rodeo a couple years in McDermitt. He had no fear and would climb on anything with hair on it. He was tough guy. Because of this when Cleto was drafted, he was injured & was not actually accepted due to failing his physical. Cleto ran cows from an early age. Before the Taylor Grazing Act, Cleto rode with multiple families in the McDermitt area gathering, sorting and working cows.

As a youn g man, Cleto hayed all over the country at multiple ranches including the UC and the Turner Ranch.

In addition to operating and later owning the family ranch, Cleto also purchased and/or leased multiple other ranches in the area including the Twelve Mile Ranch & the Minor place.

For the last twenty-five years, Cleto has been ranching with his daughter Michelle on the family ranch at the base of Angel Canyon in Malheur County.

Cleto was a hard worker and a savvy businessman. Cleto owned the Highway Bar in McDermitt, and he was also a partner in the Say When Casino.

Cleto was a miner as well. He worked in Brett’s Mine, underground, with Tom Payne. Cleto also worked in the open pit mercury mine in McDermitt. There was a barn accident when Cleto was 56 years old. The accident caused Cleto to retire from mining.

Cleto loved hunting and fi shing. If Cleto left the desert, he usually traveled to where he could fish. He made several trips to the Oregon Coast. He traveled to Alaska multiple times for vacation.

Cleto also traveled to Spain to see his relatives.

Friends were really important to Cleto. After 93 years, Cleto had amassed a great deal of friends.

Even in his later years, he still traveled around to see those that he cared about. You couldn’t help but like him, & if you ever needed help, Cleto was there.

Cleto is survived by his wife Charlotte, his daughter Michelle Muguira and stepson Walter Cook, as well as three grandchildren: Ashley, John, and Meachela Muguira, and two step-grandchildren: CJ and Wyatt Cook. Cleto was preceded in death by his parents, John and Delores Muguira, and those who raised him: Angel and Candida Aboitiz, as well as two children: Dorinda and Mike, and two step-children: Tommy and Rita. Cleto was the youngest of all of his siblings and outlived all of them as well: Frank, Mary (Strabridge), and Emilia “Millie” (Alcorta).

There will be no funeral as per Cleto’s wishes.

A special thanks to Lorraine Huttman, Reno Grubaugh, and John and Tara Echave for their support and help.