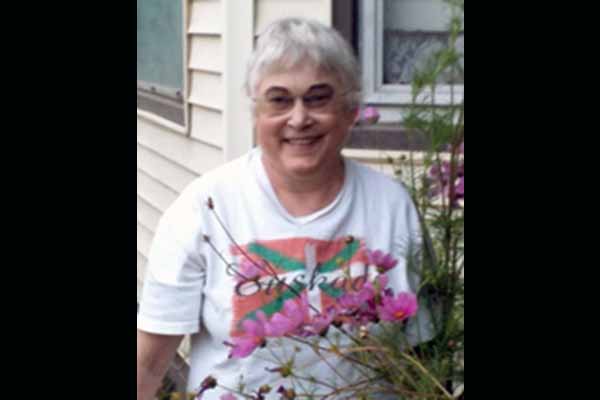 Cheryl Kennedy Echeverria, RN, was born October 2, 1945 in Sacramento, California. She passed away March 14, 2019 in Elko, Nevada. Her parents, Cliff Kennedy and Rosemund Gilbert were both born and raised in Elko.

Cheryl attended school in Sacramento where she became a life long Girl Scout with her sister Terrie Anderson. They were proud of the lessons and skills they learned, telling the Boy Scouts in the families that the boys had it easy.

Her mother passed away at a young age, her dad remarried and then passed about six years later. She moved to San Anselmo, California with her stepmother who eventually sent Cheryl to live with an aunt and uncle in Reno. That home situation was not good for her fragile health, so her close friend Cindy O'brien's mother, Mary McGalliard became her legal guardian in 1961 with the help of Orvalle Wilson and Judge McDaniels of Elko.

Cheryl graduated Reno High School in 1963. She had been dating Bob Echeverria a UNROTC student. They were married October 11, 1963, just one week past her 18th birthday. The first of their three sons, Tim was born October 2, 1965.

The US Army became their life where Cheryl followed the flag making a home wherever they were stationed, Georgia, Alaska, Nevada and Oklahoma. Their second son, Matt had been born in Alaska then Bob did one combat tour in Vietnam (1968-69). Cheryl had a tough year with two little ones amidst the daily vocal hate toward the Vietnam War.

Leaving the Army life and back in Reno, Nevada, Cheryl gave birth to her third son Dominic.

In 1973, they moved their young family to Elko where Bob took a teaching job at NYTC for the next 28 years.

It was in Elko that Cheryl embraced the Basque Culture through the Elko Basque Club. The boys all learned to dance and festivals were an important part of family life for many years. Cheryl worked with Annamarie Arbillaga and Flossie Black with all the levels of dance groups. Her large purse was a constant source of pins, scarves, laces and thread. All needed to keep energetic dancers and costumes together.

During the 90's Cheryl made several trips to the Basque Country with Bob and their extended family, the Franzoia's. She also made two trips to Washington, DC in connection with the North American Basque Organization (NABO). Her Basque pride carried over into her excellent dutch oven sheep herders bread and the tattoo she had of Winnie the Pooh and the Basque Flag.

Cheryl fulfilled a life long dream of working in the medical field when she became an EMT with the volunteer ambulance crews. She went to nursing school at GBC (then NNCC) earning her RN degree. She worked for several years at the Elko clinic and the old county hospital. She had to stop working as an RN about 17 years ago due to health issues.

September 7, 2018 Cheryl was admitted to NNRC with a serious GI bleed. She was med flighted to Salt Lake City University of Utah Hospital where several procedures were performed. On September 22, 2018 she was returned to Elko, in hospice care at home, with the prediction she would pass in 72 hours. Cheryl passed away March 14, 2019. During that six-month period, Cheryl's primary caregiver was her husband of 56 years. He did not make that journey alone as he was given outstanding support from Horizon Hospice and Genesis Home Health, and many local friends.

Cheryl was very proud of her three sons Tim, Matt and Dom, and their wives Tracy, Buffy and Christina. She was also very proud of her eight grandchildren, Elise, Rafe, Mateo, Marcus, Brooke, Zach, Elaia and Xanti.

No church service is planned. A celebration of life is planned for March 30, 2019 at the Elko Basque Club House, 4:30pm with dinner at 6pm. Cheryl requested no black clothing.