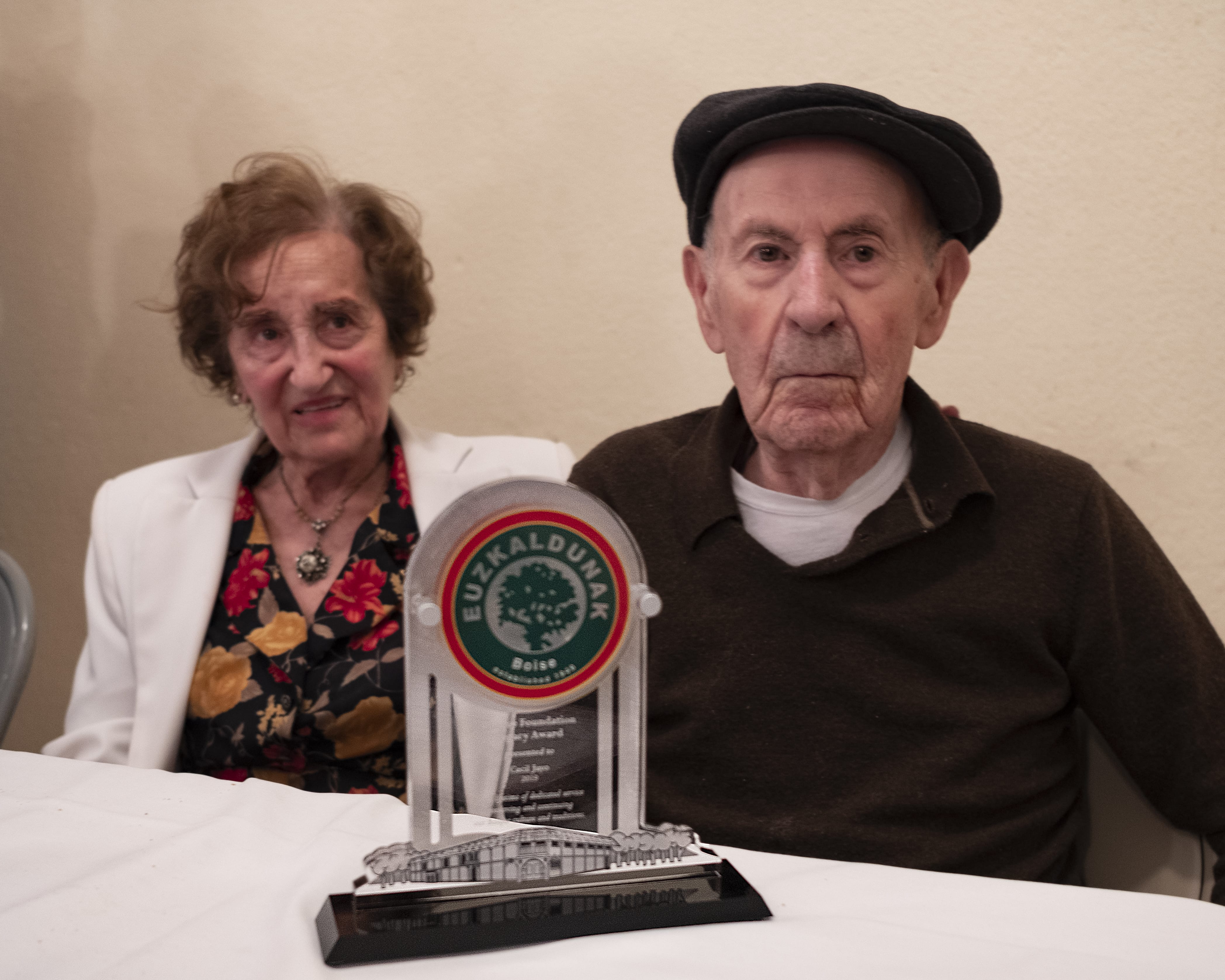 He was the youngest of four boys. His mother passed away when he was six years old, and shortly thereafter, his father came to Idaho to work. Cecil and his brothers were raised by two aunts on their farm.

In 1940, Cecil and his brother, Juan, came to America. Upon arriving to Boise, he was provided room and board by the Onaderra family in exchange for work. His employer quickly became a second family for him with Juanita Onaderra Lizaso as a mother and Pete Lizaso as another brother.

Shortly after turning 18, Cecil was drafted by the US Army. He was stationed in France and Germany during World War II (87th Infantry Division) serving until the end of the war.

Upon returning to Boise, he became increasingly involved in the local Basque community. Through this involvement, he made a lifelong friendship with Nick Beristain. Nick introduced one of his sisters to Cecil, and in February 1966, Cecil married Gurutzne Beristain.

Cecil was happiest when working. He was a cook at the VA Hospital and the Ada County Juvenile Detention Center but was often spotted around town mowing lawns and tending bar. He managed rentals of the Basque Center, hosted the Basque radio program, emcee-ed games at the Basque picnic, and worked behind the Basque Center bar at weddings and festivals. In the late 80s, Cecil became known to a much wider range of people as the bartender at the Cactus.

Later in life, he volunteered at St. John's Cathedral as an usher, altar boy, and greeter tracking attendance in his head, playfully scolding late arrivals, and unsuccessfully soliciting parishioners for tips.

He is survived by his wife, Gurutzne, son, David, sister-in-law, Alice Beristain, and nieces, Diane Records, Teresa Beristain, Kathleen Beristain, and Mary LaBere. End of life services will be planned for immediate family members. A celebration of life will be scheduled when it's safe for communal gatherings.

In lieu of flowers, please consider making a donation to your favorite charitable organization. Two of Cecil's favorites were the Basque Foundation (the Basque Center of Boise) and Cathedral of St. John the Evangelist.