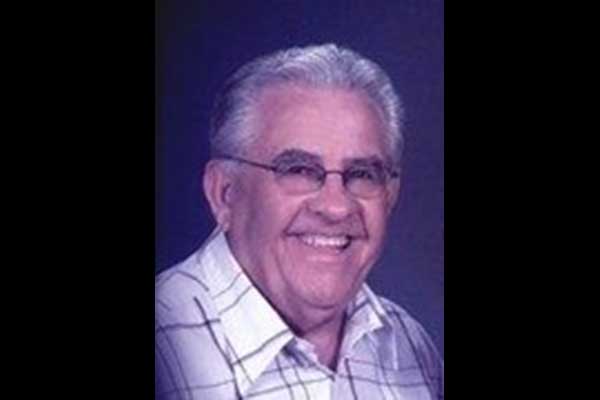 Carl was born on December 26, 1924 in Barber, Idaho. He was the third of four children born to Venancio and Eladia (Satica) Goicoechea, both of whom were Basque immigrants from Spain. Carl did not speak English until he was 7 years old because the primary language spoken in their home was Basque.

Carl attended St. Teresa's Academy in Boise and graduated in 1943. In high school he played baseball and football. He especially loved baseball and played short stop. One of his favorite stories was about when his baseball team played the prisoner's baseball team. The prisoners kept encouraging Carl's team to hit a home run so that when they went to get the ball they could escape.

Following high school, Carl attended Boise Junior College where he played football. Carl's education was interrupted by World War II, when he enlisted in the Army Air Corp. Because Carl was slight but mighty he made the perfect Sperry Ball Gunner on a B24, notably called the "flying coffin". He had completed 24 missions when his service was put on hold to allow him to come home to see his brother Joe, who had been released from captivity after being held as a prisoner of war in Japan. The war ended during this visit to Boise and Carl was honorably discharged from the army on December 5, 1945. Carl received numerous medals and was so proud of his service during WWII.

Shortly after returning home, Carl's feisty ways were tamed by a beautiful shy red head from Weiser, Idaho. While attending a celebration for returning POW's, Carl met Ellen Lou Iverson who was helping to host the event at the Rose Ball Room. Carl's claim was that he was smarter because he was from Barber, but Ellen quipped that she was wiser because she was from Weiser, a statement that proved prophetic throughout their life together. Carl and Ellen Lou were married on October 23, 1948, and were ultimately blessed with 11 children. Over their nearly 70 year marriage, Carl's energy and tenacity were perfectly complimented by Ellen's tenderness and quiet strength.

Having resumed his education after the war, Carl graduated from Boise Junior College in 1947 and joined the staff at First Security Bank, where he worked until 1958 when he started Consolidated Insurance Agency. Following a successful business career, Carl acquired numerous business properties along the Chinden corridor. Juxtaposed with Carl's business savvy and pragmatism was a romantic sensibility, fueled by idyllic notions of life in rural communities, and he wanted his children to be vested and educated in the rural life. So, naturally, he acquired 40+ acres in Kuna and became a pig farmer. To cover his bases he also acquired 60+ acres in Crouch and became a cattle baron. Following a few years of shoveling manure and turbulent livestock markets, Carl saw the retirement light, albeit temporarily. Needing an outlet for his boundless energy, Carl returned to the working world as a business counselor selecting his son-in-law as his first client, ultimately managing his periodontal practice for the next 20 years. This relationship proved mutually beneficial and Carl was instrumental in the success of the practice until he finally retired for real.

During his semi-retirement and retirement, Carl and Ellen traveled all over the world. One of their most memorable trips was when they travelled with Ellen's sister Ruth and her husband George to Europe. They visited England and many of the areas Carl had been to in WWII and also returned to Carl's roots in the Basque Country.

Although Carl always said he was 100% American, he was proud of his Basque heritage and passed this on to his children. He was a founding charter member of Euzkaldunak, the Basque society and loved attending the monthly dinners with his good friend and fellow veteran Al Pagoaga, as well as the many other Basque celebrations held in the Treasure Valley.

For most of the last 10 years, Carl was a loving and devoted caregiver for his wife Ellen Lou. He was a kind, caring, generous, intelligent, compassionate, and stubborn Basko. Carl is survived by his wife of almost 70 years, Ellen Lou; his sister, Sylvia Sillonis; his sister-in-laws, Bonnie Goicoechea and Ruthe Pesut: his eleven children Jerry (Judi), Sharon (Mike), Dave, Teresa, Janie (Dick), Carl (Carrie), John (Sandy), Joe (Katrina), Mark, Carol (Scott) and Diane (Larry); thirty grandchildren; and twelve great-grandchildren;and numerous nieces and nephews.. He was preceded in death by his parents; his brother Joe Goicoechea; his sister Rosie Stanton and her husband, Phil; his brother-in-law, Robert Sillonis; his granddaughter Tera Goicoechea; his grandson Casey Chrisman; and his great-granddaughter Margot Buchanan and many other relatives.