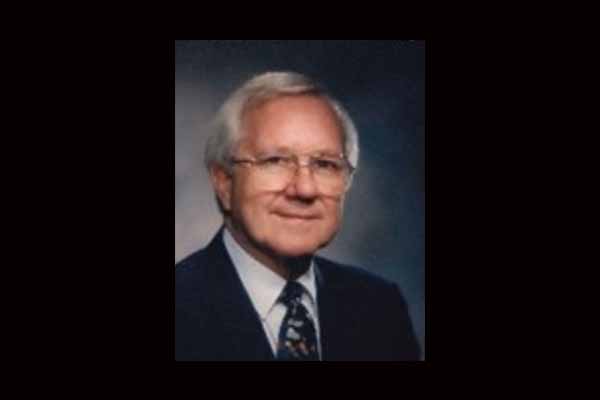 Bernie was born in Emmett, Idaho on November 10, 1925 to Arthur F. Gratton and Florence V. Gratton. He was born at their home on 4th street, joining older brother Bill, and later younger brother Art Jr.

The Depression of the 1930's made a serious impression on him as he made every effort to help with the family's financial needs. He began a sales career that continued throughout his life. He sold Christmas cards, garden seeds, salve products, magazines, the Saturday Evening Post, and milk from the family's cows to neighbors within a few miles' radius on his bicycle. He also had a newspaper route. In the harvest season, he picked strawberries, cherries, peaches, plums, and apples from Emmett's abundance of orchards.

He knew if they didn't get the cow milked, they wouldn't have milk to drink or to sell. If they didn't feed the chickens and collect the eggs….no pancakes. They didn't have expensive toys, but played cards and had music. You would not want to try to beat him at Name That Tune or Gin Rummy. His older brother Bill was a victim of Polio as a very young child. Bernie carried Bill on his bike to school and many activities.

His Basque connection started when the first Basque dance group was formed in Emmett. Two dancers were non-Basques, Bernie and Joan Woods Sorenson. The group learned their dances in 1940 and gave exhibitions at the Idaho State Fair. They had hopes of more appearances on a national basis, but the outbreak of World War II ended their short careers. Bernie called himself a "Want to Be" Basque. He was a loyal supporter of the Basque Museum and joined the Basque Choir for their tour to the Basque Country.

He graduated from Emmett High School in 1943 and attended Boise Junior College one year before he joined the U.S. Army during World War II. He was injured in an Infantry Training Battalion accident, and given a medical discharge in 1945. He attended the University of Minnesota under the G.I. Bill. and graduated in December 1947 from the School of Business. He was a member of Delta Upsilon Fraternity and served as President.

He married Bernette G. Isaak December 29, 1947. They drove to Emmett immediately to establish their home. They had three children, Jim, Ann and Jean.

In 1948, he formed a partnership with Earl C. Barnard and began a long career in the insurance and real estate business known as the Gratton and Barnard Agency. They had offices in Cascade, McCall, Meridian and Council with their main office at Emmett. He was also involved in the livestock business firm of Associated Cattle, and a partner in an apple business, NRG Company. Later, his real estate company continued under the name of Bernie Gratton and Company and included work in Sun Valley and Ketchum. He was awarded Idaho Realtor of the Year in 1969, and recognized for "Outstanding Leadership" from the Idaho Real Estate Commission for his work 1965-68. He served on many boards and state and national appointments.

His career also included President of Gem Canning Company, President and Founder of Farmers and Merchants State Bank, Assistant to the President of Beck Industries, New York City. His final career was with Securities America, retiring in his mid-eighties.

The American Legion was an extremely important part of Bernie's life. He was elected Idaho Department Commander in 1960. He served on many State and National Boards and Committees, and was honored by his election to run for National Commander.

He was recognized by the Idaho Statesman as their Distinguished Citizen on July 27, 1969.

After moving to Boise, he assisted with the conversion of Rim Crest Apartments to Rim Crest Condominiums. He was President of the Board of Directors for many years, and served on the board until his death.

Bernie was a man of great compassion. He had a tear in his eye when he heard the National Anthem. He honored his country, our independence, and freedom. Until his illness, he never missed Mass or Holy Days, even when he traveled he always would find a church on Sunday. His love for God was his first priority.

Bernie became involved with Bishop Kelly Foundation in the mid 1970's. He was awarded the BK Order of the Knight Award in 2002. This fall, the Bernard and Darlene Gratton scholarship was established.

He enjoyed hunting and fishing, famous with his hunting buddies as Camp Cook. He golfed and participated many years in the Danny Thomas Tournament at Elkhorn, and Dan's Invitational Golf Tournament in Elko, Nevada and the Idaho Governor's Cup at Sun Valley. He loved music and played the clarinet, loved amateur night with Gene Harris at the Idanha. He was always the best dancer on the floor.

On June 4, 1994, he started yet another adventure when he and Darlene married. He joined her in the travel industry to escort many cruise and tour groups. He made it possible for many of her older clients to continue to enjoy travelling. They travelled with her groups as well as individual cruise and tours around the world. The Sun Valley Jazz Festival was an annual trip. The past 10 years they have enjoyed spending winter break at Rancho Mirage, California. Bernie planned their drive so they avoided the freeways to enjoy the beautiful country and back roads.

Bernie's middle name was Francis, so fitting as he had some of St Francis's virtues. He was kind to all God's creatures. At one point, he was spending more money on bird food than people food. He made sure all the feeders were always full and some on the ground for other little critters at their country home. He outlived several generations of Black Labs, including Punky. Toward the end of her life he gently carried her up and down the stairs so she could sleep by the side of their bed. Stray cats that called their house home came to him, they would end up in his lap watching television.

Bernie Made Things Happen. One word could describe Bernie. He was a very kind man.

He was preceded in death by his father, mother, brother William Gratton, his former wife Bernette Gratton and three nephews.

He is survived by his wife Darlene, son Jim and wife Judy Gratton, daughter Ann Heilman and her husband Mark, daughter Jean VanCourt and her husband, Chuck, grandchildren, Kaitlin and Skyler Gratton, Keri Heilman and Jacqueline Keeso, Keith and Hannah VanCourt, brother Art and sister-in-law Dorothy, and many nephews and nieces.

Darlene would like to thank the very special people who made it possible for Bernie to remain in his home during his illness. Dr. John Guicheteau and the Saint Alphonsus Home Health and Hospice. Loree Nugent, ANP, and our angel from heaven these last months, Mary Steen. Sharon Grisham and Jan O'Neill for making certain he had Holy Communion every week.

A viewing will be held Friday, February 3, 2017 from 5:00pm to 7:00pm followed by a vigil at 7:00 pm at Summers Funeral Homes, 1205 W. Bannock Street, Boise. Services will be held Saturday, February 4, 2017 at 1:00pm at St. John's Catholic Cathedral followed by a burial at Morris Hill Cemetery. A reception will follow at the Arid Club in Boise.