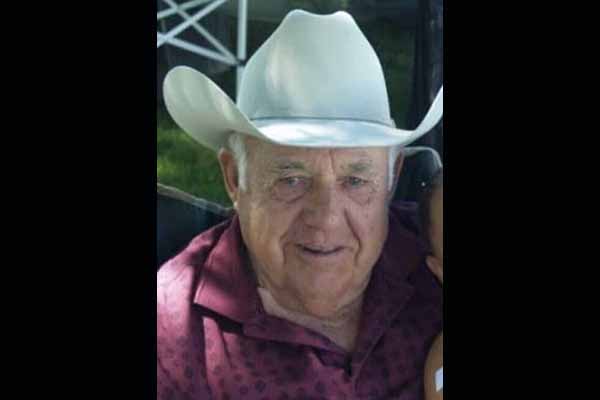 Basilio Susaeta, 94, was reunited with the love of his life in the throne room of his Savior on October 21, 2021 at home surrounded by family after a brief illness.

Basilio Susaeta was born November 26, 1926, the second child of seven children to Juan and Eleuteria Susaeta in Forua, in the Basque region of Northern Spain. He and his family were farmers and worked in a lime mine. They were displaced during Spanish civil war, and spent nearly half a year in the mountains escaping persecution. At his death Basilio was one of a handful of remaining survivors of the famous “bombing of Guernica”. Basilio served his mandatory term in Franco’s army where he worked with the infantry in the stables caring for the horses. After his service he worked four years as a mason, but the work didn’t suit him because he was not fond of heights. In 1952, at the age of 26 he boarded a plane and set off for the United States to start a new life herding sheep in Idaho. The stranger who would collect him from the airport, Bill Smith, would become his new employer and go on to become his best friend, for whom he worked at Wood Creek Ranch for over 62 years.

Four years after he arrived, while herding sheep in Carey for Wood Creek he lost his good sheep dogs and went looking for them. During the search he stopped in to the Basque boarding house at Hailey where he first laid eyes on Eusebia. They were inseparable from that day on. Basilio & Eusebia were married on December 27, 1956 and moved to Wood Creek Ranch Headquarters in Grand View. There Basilio became the Foremen and Eusebia fed the hired men three meals a day for 40 years. Bill Smith was known to say “1956 was my worst year ever, I lost my best herder, my best dogs and my sheep wagon burned down”. Basilio continued to manage the ranch for the family after Bill’s passing in 1980. The two shared a mutual respect and appreciation for each other. Basilio always said “Bill Smith always asked my advice, he may not take it but he always asked.”

The couple stayed in Grand View, where they raised their two daughters Josephine and Jessie. The couple “retired” and moved to Mountain Home in 1999 - or more accurately had a retirement party, and Basilio went to back to work the next day and continued working at Wood Creek until the ranch sold in 2012, when Basilio “retired” again. In 2008, Eusebia suffered a debilitating aneurysm and required extensive care, he brought her home and he cared for her faithfully, until she passed later that year.

Basilio spent a great deal of his retirement tending his vast garden, irrigating, farming, herding goats, bantering and having adventures with his grandsons Walter and Jake, attending sporting events, judo matches, helping with 4H projects and attending county fairs to support his great grandchildren, traveling with Jo & Richard and playing Mus at the Homedale Basque Club.

Basilio was a good neighbor and beloved by all who knew him. He was always ready to lend a hand. He had a keen eye for livestock, and took pride in helping local 4H kids choose their project animals and kept tabs on them following them through the fair. He took great pride in the sheep and cattle he raised at Wood Creek.

He also took great pride in his family. He loved them deeply and they brought him great joy. He often said “I came here alone and now look at all of this. I am happy with my life.” He was a humble man with a beaming smile and a heart of solid gold. He will be greatly missed.

He is survived by his two daughters Josephine (Richard) Howes, Jessie (Paul) Miller, eight grandchildren and 16 great grandchildren and his sister Teresa (Basilio) Badiola. He is preceded in death by his parents, five siblings, and his wife Eusebia