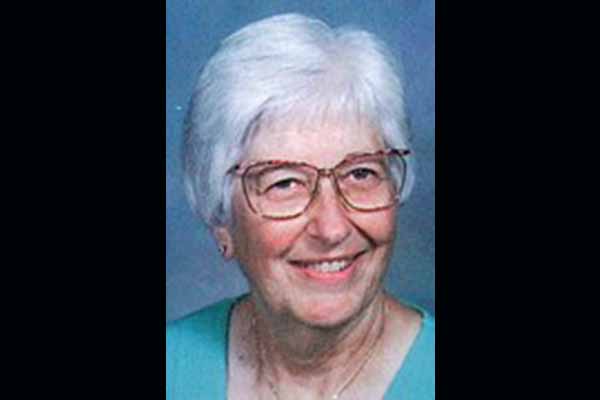 Anita A. Priddy was born on July 25, 1928 in McDermitt, NV to Pedro and Romana Albisu. She passed away May 30, in Sacramento, at the age of 90 while recovering from several small strokes and recent hip surgery.

Anita started her education in the small northern Nevada ranching and mining town of McDermitt. Since McDermitt did not have a high school, Anita went to live with her sister and other family members in Richmond, CA where most of the family was employed in the ship yards during World War II, except for three brothers who were in the armed service and stationed abroad. Anita attended and graduated from Richmond Union High School in 1946.

It was at Richmond High that Anita met the love of her life, Alvin P. Priddy. They married in 1948 and following Al's military service (which took both of them to Germany), they returned to the Bay Area where Al attended UC Berkeley and obtained a degree in Optometry.

During this time, Anita worked as an administrative assistant for Union Oil in Rodeo, and later in the same position for the Concord Unified School District. Dr. Priddy established his optometric practice in Lafayette, and Anita and Al settled there.

Starting in 1982, Al experienced a host of medical problems which required him to sell his practice and return home. Anita devoted herself to caring for Al until his death in 1992. Anita then moved to Vacaville, where she spent more than 25 years in a retirement community called Leisure Town.

Anita involved herself in a host of activities while there, but she seemed to be most proud of her volunteer work for the Vacaville Police Department for nearly 16 years.

Anita had a kind and gentle spirit and was compassionate to a fault. With an easy-going manner, Anita attracted life-long friends wherever she went.

She was a lifetime member of the Catholic Church and she was exceedingly proud of her Spanish Basque heritage and family.

Anita will be interred at the Sacramento Valley National Cemetery in Dixon alongside her husband Alvin.

A funeral mass will be held on Wednesday, June 12, at 10:30 a.m., at St. Joseph Catholic Church in Vacaville, with a reception following in the Parish Hall. In lieu of flowers, please consider making a donation to your local SPCA or Catholic Charities in Anita's name.