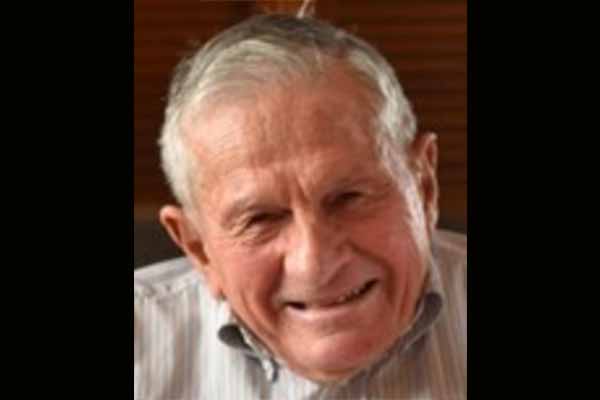 A native of Carson Valley, Andy was born on January 21, 1934 and lived his entire life on the family farm. He was a 1952 graduate of Douglas County High School, and made a successful living as a hard-working dairy farmer and rancher, and was proud of his Basque heritage.

He was the first recipient of the Andy Aldax Award for Exemplary Service in Conservation and Protection of the Carson River Watershed. The award continues to be presented annually in his name.

He supported his community as a member of the Carson Valley 20-30 Club; a member and one-term president of the Douglas County School District board of trustees for eight years, and many other local organizations. He was a lifetime member of St. Gall Catholic Church, and a fourth-degree member in the Knights of Columbus Council 12845 Immaculate Heart of Mary Council.

A devoted husband, father and grandfather, he is survived by his wife of 56 years, Carol; his son Mark (Alison), daughter Julie Callahan (Scott), and son Gary; and his grandchildren Lindsey Aldax, Rachel Aldax, Seth Callahan and Lewis Callahan.

He was preceded in death by his parents Bernard and Jeanne Marie Aldax, and two older infant brothers, Jean Leon and Rene.