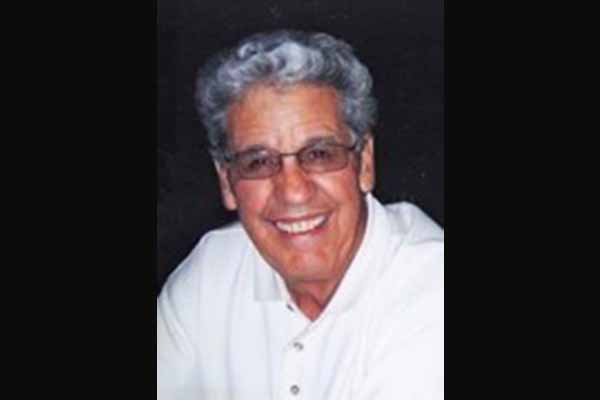 Albert Pierre Etcheverry passed away at home surrounded by his loving family as the sun was setting on August 13, 2019. The beautiful twinkle in his eyes, depth of his smile, and genuineness of his soul will be missed by all who knew him.

Albert was born on the family sheep ranch near Deep Creek in White Pine County, Nevada, on December 18, 1931, to his beloved Basque-immigrant parents, Peter and Pauline (Goyhenetche) Etcheverry. He would develop the character, honesty, and humility that defined him for the rest of his life by the hard work and responsibility he was given on the ranch during those early years. In 1943, his father began working for Kennecott Copper Co., and the family moved to McGill, Nevada, and later to Ely, Nevada. Albert was a superb athlete, playing baseball, football, basketball, and running track for White Pine High. He was also a proud member of McGill's 1947 American Legion State Championship Baseball Team. His smoothness and finesse were his most notable athletic traits and were especially evident when he took up the game of golf later in life.

Ever loyal to his family, Albert forewent an athletic college scholarship, stayed in Ely, and went to work at Kennecott to help his mom provide for his younger sisters after his dad suddenly passed away in March 1950. He graduated from White Pine High School that same year. In 1951, he married the love of his life, Carolyn "Dee" Thomas. Together they built a full and happy life in Ely for the next 22 years with their children, Michael and Paula. Albert lived every day to the fullest and enjoyed many hobbies, including hunting, fishing, camping, golfing, and riding his horses with his children. He was proud to be active in several organizations in Ely and Reno, most notably as past president of both the Ely Volunteer Fire Department and the Ely Basque Club. Albert loved people. His gifts as an artist were remarkable, as he created many cherished paintings of beautiful Nevada landscapes.

Albert moved with Dee to Reno in 1973, where he resided until his death. While Albert loved his life in Reno, he, like so many other wonderful people, was incredibly proud that he hailed from White Pine County.

Albert transitioned to the auto parts/machine shop business early in his career, working at Ely Motor Supply on Aultman Street and, after moving to Reno, becoming the owner/operator of the building and auto parts store and machine shop on the corner of Wells and Ryland. He loved interacting with customers and helping them find the right parts and fixes for their automobiles and equipment.

Albert never had a fake bone in his body. He showed kindness and respect to everyone he met and had a knack for making everyone feel special. The tenderness of his soul was best witnessed in his love for animals.

His defining characteristic was his unending loyalty to all his friends and family whom he loved so deeply.

We will carry you in our hearts forever Papa. We love you so much.

The family invites you to leave a condolence message on the book of memories at: www.waltonsfuneralhomes.com.