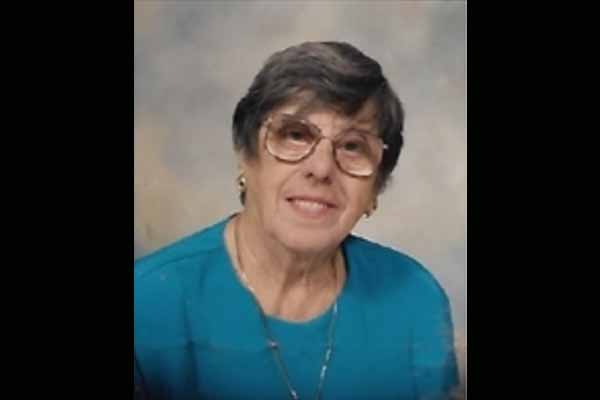 Adela (Zabala) Desky passed away peacefully on January 26th. She was born July 14. 1920 in Jordan Valley, Oregon to Jose and Gloria Zabala, who were Basque immigrants from Spain. Here she lived with her six siblings on a working sheep ranch.

All was well until the Great Depression hit and the family gave up the ranch and moved to Barber, Idaho where the men worked at the Boise Cascade Sawmill. Years later, the family moved to Emmett where, again, they worked at the sawmill. Adela was yearning to venture out from Emmett and moved to Pasadena, California during World War II and worked for Lockheed Aircraft. She was always proud to be an official "Rosie The Riveter".

She then met her future husband, Alexander Desky, who was a dashing bartender and studying at night to become a journeyman plumber. A few years later they were married and moved back to Emmett. In 1955 they built their own home, brick by brick on the bench. In 1957 Adela gave birth to her only child, Rochelle. While Al worked as a plumber at the sawmill, Adela was a stay at home mom who was actively involved in the Catholic Church as an Alter Society member and worked at many dinners and functions put on by the church. She also belonged to the Basque Ladies Club, La Organizacion lndependiente Social.

Adela was always a dedicated and loving mother giving her daughter many opportunities and encouragement to be involved in music, ballet, and 4H. She enjoyed gardening and helping raise many calves and sheep on their mini farm. She planned many camping, fishing, and vacation trips to the Pacific Coast which she loved. Adela hosted many holiday gatherings at the farm with the relatives coming over and celebrating. She was well known for her delicious fried chicken and pies! She also enjoyed going back to southern California to reconnect with old friends from her past. There was not a tourist spot from Washington state to Tijuana that was ever missed!

Adela and her family spent many weekends at the horse races in Boise. She loved the excitement of picking a winner and chatting in her lawn chair with her many friends from the track. She also loved to visit the sheep herding camps in the high mountains near McCall with her dear Basque friends, Frank and Nieves Aguirre. When Al suddenly passed away in 1985, she was devastated but carried on and became more active with the Senior Citizen Center. She enjoyed the friendships she made there and also volunteered with the rummage sale, and beautification projects.

In later years the hobby farm was becoming too much; so, she sold it and moved to a senior apartment downtown. After declining in health, she had lived at River's Edge Rehabilitation for the last decade.

Many "Thanks" to all the individuals there, especially Cindy, Mary, Chisana, and everyone for their kindness and compassionate care through all these years.
Adela is survived by her daughter, Rochelle, and son-in-law, Greg Merrick, of Green Valley, Arizona.

Memorial contributions may be made to the Sisters of the Holy Cross, St. Judes, or a charity of your choice . Condolences may be offered at www.potterchapel.com.