In running an active Basque-themed Instagram account, I get messages occasionally from people in the Basque Country attempting to correct me on certain Basque topics

Nowhere is this more common than when it comes to Basque food. Many Basque people are passionate about their food and are quick to react when they feel their culture is being misrepresented.

A pattern emerges: I post a picture of a meal at a Basque restaurant in the United States and inevitably get multiple messages telling me that the food is not Basque.

I recently posted a picture of my meal at the South San Francisco Basque Cultural Center's 37th anniversary to my Instagram Story: 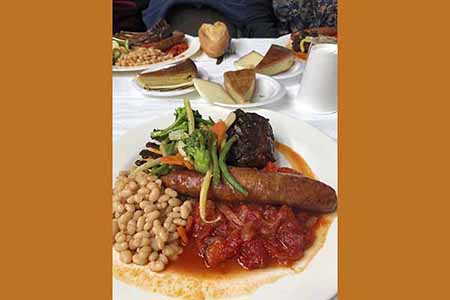 A stranger replied: "Basque food???? Ummmmm I don't think so."

So I re-posted the picture and labeled every item on my plate to make clear that indeed most of the food served was Basque. 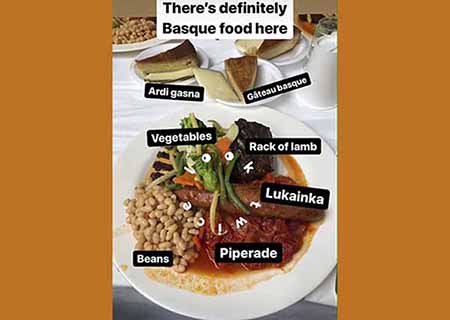 Several people chimed in to say that it was not the items per se that were not Basque, but that the presentation was shockingly American. Nowhere in the Basque Country would all of that food be served all at once.

Welcome to Basque America, my friends!

Just because Basques elsewhere eat different types of food than what is found in this man's home province does not make this other cuisine not Basque. It's all Basque, just different.

I like to think these messages come from a good place. It's a form of cultural exchange, with Basques from the homeland trying to teach this Basque American what is and is not Basque.

I return the favor by teaching these commenters how Basque food is served in the diaspora. In these conversations, I've found people in the Basque Country with little knowledge of the Basque diaspora.

To be fair, if they have not visited an euskal etxea or Basque boarding house themselves, how would they know about the unique Basque culture and traditions here in the United States? I relish the opportunity to give a cultural lesson of my own.

Mass quantities of food are piled onto one plate because, only once a year, a dozen volunteers take on the monumental task of feeding more than 500 people all at the same time. No one is volunteering to serve such a huge group multiple courses! Not to speak of who would willingly do all of those dishes afterwards.

In the process of describing these details, I hope to help people broaden their understanding of what is Basque. The Basque Country is a small yet highly regional place. From province to province, and even town to town, Basque culture varies. Food is prepared differently, dialects change, and traditional dances, costumes, and festivals reflect different histories.

When you throw the Basque diaspora into the mix, Basque culture takes on the influence of Basques' new countries and communities. Living traditions change and adapt to serve the lifestyles and tastes of Basques today.

Not only to recognize them, but to celebrate these differences as well. Let's be proud of the various ways Basque culture has adapted in different parts of the Basque Country and the world. It is these adaptations that have guaranteed the survival of Basque culture, and that is indeed something to be proud of.

Fighting amongst ourselves about what is and is not Basque does little to move us forward. It keeps us locked into a dialogue about tradition and the past. I find it much more interesting to focus on where Basque culture is now and what the future holds for it. I hope that future brings more diversity and inclusion to the Basque Country and its diaspora. 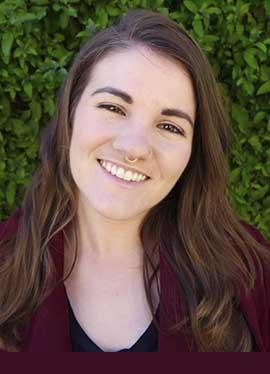