The Basques of the world have a serious card to play

I realized that the Basque Diaspora was a reality, as well as perennial and structured, during my diverse trips around the world, when I noticed that a few people such as Jews, Armenian or Irish were strongly established in different parts of the globe.

And I began to dream: why not such an eventuality for the Basques? Indeed, I often had the opportunity to notice to what extent the old Hebraic people had known how to weave a worldwide network of solidarity, mutual aid, and cooperation. Besides, my mother tongue, Euskera, is in danger in spite of tremendous efforts to support it, make it official and promote it, I've always been fascinated by the ability of Jews to recover their old Hebraic language after millennia of wandering and exile through the world.

Just to give a sense of perspective, if a Jew living in Baiona (Basque Country) is looking for an internship in a New York based enterprise for one of his children, a simple phone call and the matter is settled within 48 hours. The same scenario is true with leisure, health, tourism or business. They are holders of a very successful and efficient worldwide network, well before Facebook’s existence!

The emigration of the Basque, which is as old as humanity, had a boom during the 19th century, allowing the hatching of active communities on the American continent, but also in most European countries and Australia.

Unfortunately, the present emigration of Euskaldunak is a residual phenomenon and our Diaspora is having difficulties regenerating. What needs to be done so that this reality, which represents a great asset and a fantastic tool for our old nation’s revitalization so that it plays a key role effectively?

In my humble opinion, it is especially fundamental to reveal and to make this reality known worldwide.

EuskalKultura.com is a fantastic tool to reach such purpose, but it's also advisable to convince, with a great deal of pedagogy, the inhabitants of Basque Country and those of the diverse Diaspora groups implanted throughout the globe.

In the 21st century, when globalization is breaking out in a vertiginous speed, where the loss of roots which ensues is causing a kind of disturbing confusion, the Basques all over the world have a serious card to play.

And, since the survival of our identity is at stake, a routine approach would be suicidal. 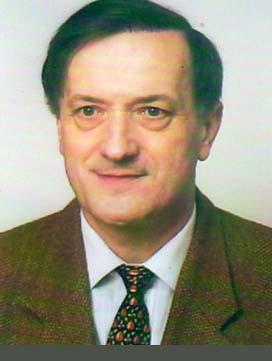