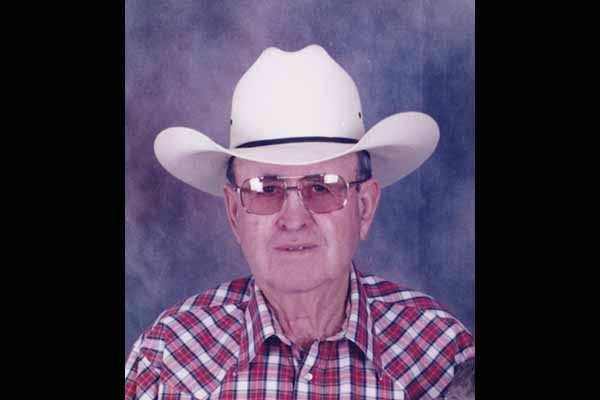 Tony Palacio, 93, a longtime resident of Shoshone, ID passed away October 17, 2019 at his home while on his daily walk. He was born on September 7, 1926 in Charleston, Nevada to Marcelino and Gregoria (Lopez) Palacio, the youngest of eight children.

Tony was born at home, in a small cabin a short distance from the banks of the Big Bruneau River.  His early education was in a one room school just walking distance from home. The greatest part of his education was from the “School of Hard Knocks”, which served him well through the years. At a very early age, Tony would do day work for the Prunty’s and the Shively’s when he was not needed at home.

Tony and his three brothers purchased the home ranch from their folks and they worked together for a few years. In 1949 they sold the ranch in Charleston and each went their separate ways.  Tony went to Clover Valley, Nevada to work on a ranch for Dr. Valenta.  In 1952 the ranch sold to an Easterner and it became the Longenecker Ranch and Tony became ranch manager.  In 1955 Tony married Jean Camino from Lamoille, Nevada, and for the next five years they managed the ranch together.

In 1960, Tony decided it was time to go on his own and they were able to purchase a small ranch in Shoshone, Idaho.  As time went on, he was able to acquire more acreage and finally purchased his “dream place” in Fairfield, Idaho.

Livestock were always Tony’s passion, especially cows.  A real big “outing” for Tony was a drive to Fairfield and walk through his cows and calves as they grazed on the lush, green pasture.

Tony is survived by his wife, Jean, of 64 years; his three children, Bill (Teena) of Gooding, Betty of Meridian, ID, and Tom (Shelley) also of Gooding; his four grandchildren, McKayla, Nathan, Brandon and Shawn; as well as many nieces and nephews throughout Idaho, Nevada and California.

Tony is preceded in death by his parents and his seven brothers and sisters: Alex, Mary Bilboa, Elena Ruiz, Albert, Alice Corta, Frank and Julio.

The family would like to thank Dr. Gies and Tony’s home health nurses, Mishell and Connie, for their great care and compassion.

In lieu of flowers, please make donations to the Gooding Basque Center, 285 Euskadi Lane, Gooding, ID 83330, or Huntsman Cancer Foundation, 500 Huntsman Way, Salt Lake City, UT 84108-1235 or to the charity of your choice.

A celebration of life will be held at 11:00 am on Saturday, October 26, 2019 at the Gooding Basque Center, 285 Euskadi Lane, Gooding, ID.  A private family inurnment will take place later at the Elmwood Cemetery in Gooding.