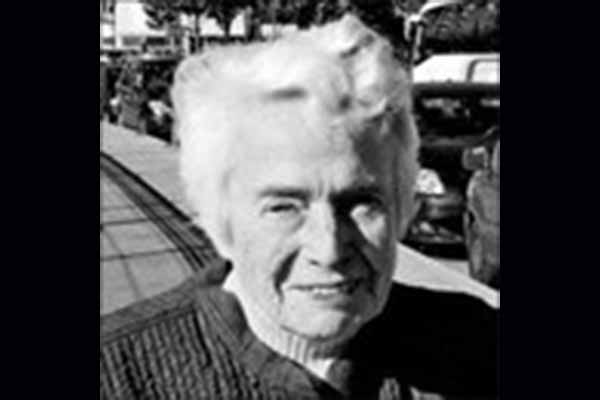 At sixteen, she dropped out of high school and went to work in a factory in lower Manhattan, where she helped organize a branch of the United Shoe Workers Union. At twenty, she enlisted in the Army as a member of the Women's Army Corps (WAC), where she became a switchboard operator before transferring to Philadelphia to work as a recruiter. After her discharge, she went to secretarial school and took classes at the New School for Social Research on the GI Bill.

Following a brief stint as a secretary for an import-export business, Madeline went to Provincetown where she met Miguel Marina (1915-1989), a political refugee from the Spanish Civil War, whom she married in 1950.

When the couple settled in New York, Madeline worked for the American Jewish Committee and Miguel worked as assistant to José Vela Zanetti on his mural for the UN, "Mankind's Struggle for a Lasting Peace." In 1958, Madeline was hired as secretary to Robert M. Hutchins, the former President of the University of Chicago, who became President of the Fund for the Republic, a non-profit organization concerned with protecting freedom of speech and civil liberties.

In 1959, the Fund for the Republic relocated and changed its name to the Center for the Study of Democratic Institutions. Madeline was charged with setting up the office in Santa Barbara, California. The Center moved Madeline, Miguel, and their daughter, Constance, and rented them a cottage on the forty-acre property in Montecito. Madeline worked fourteen years at the Center as Office Manager while Miguel, who had converted a stable near the cottage into an artist's studio, exhibited his paintings at the Esther Bear Gallery in Montecito.

Their cottage on the Center's property became an informal gathering place where Madeline and Miguel entertained a mixture of intellectuals, scholars, artists, university professors, and assorted friends over the years. After the Center folded, Madeline worked for several non-profit agencies in Santa Barbara until she became a freelance editor for Photographer's FORUM, founded by Glen Serbin for whom she worked from 1981-2000. She also worked as a freelance editor for the Fielding Institute from 1975-2000, after which she retired and moved to Lexington, MA to live with her daughter and her family.

In 2007, Madeline moved to Carleton-Willard Village in Bedford, MA, where she lived until her death. Wherever Madeline lived and worked, she made enduring friendships that lasted a lifetime.

She adored her husband and his Spanish Basque family, her daughter and grandchildren, and she was as proud of the accomplishments of her friends' children as if they were her own.

She is survived by her daughter, Constance, her son-in-law, Garth McCavana, of Lexington, MA, her grandson, Mikel McCavana, of Brooklyn, NY, and her granddaughter, Moira McCavana, of Madrid, Spain. She is also survived by her niece, Judy Levinson, of Woodbury, NY, and extended relatives. In lieu of flowers, donations in her memory may be sent to the Bedford Council on Aging, 12 Mudge Way, Bedford, MA 01730 or the Planned Parenthood Federation of America, Attn: Online Services, P.O. Box 97166, Washington, DC 20090.

A Service in Celebration of her Life will be held at Carleton-Willard Village, 100 Old Billerica Rd., Bedford, on Saturday, November 2, at 11:00 a.m.