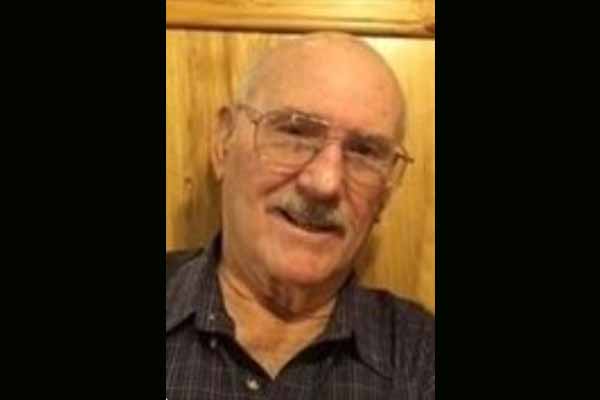 John was born April 26, 1931, at Nampa, the second of two children born to Agustin and Santa Quintana Salove. Agustin and Santa had immigrated to the U.S. near the turn of the last century from Vizcaya in the Basque country. As with many Basques, they settled in Idaho at Marsing where they became sheep ranchers. John and his sister Lola worked the ranches along with the herders and other family members, running the sheep seasonally between Marsing and Murphy in Owyhee County.

In the early years John attended school in both Marsing and Murphy. Following hard times in the sheep business throughout WWII, the family moved to Nampa, building a house on 12th Avenue at what was then the edge of town. They quit the sheep business and began running cattle at Marsing and on the range land in the Owyhees. John attended Nampa High School where in the 9th grade he met Dot Hampson. It was love at first sight for John and Dot. They became high school sweethearts and were active in sports with John, captain of the football team and Dot, Homecoming Queen and in student council, John was student body president and Dot was secretary. They were inseparable. They graduated from Nampa High School in May of 1949 and just a day after graduation, they were married on May 28, 1949, at Nampa. John and Dot spent their honeymoon and much of their early marriage on the Salove ranch in the Owyhee Mountains above Oreana.

John's folks later built a home in Marsing where the sheep and cattle were based along the Snake River and in 1950, John and Dot built their first home next door. John and Dot eventually grew their family to five: four sons and a daughter. Working the cattle and farms was always a family affair. Kids, grandkids and friends frequently helped on the spring and fall cattle drives, fixing fence, branding and calving, doing feedlot chores and many other every-day ranch activities. There was always hard work filled with some grumbles and laughs, plenty to eat and always lots of love.

In 1972 John and Dot decided they wanted a base ranch closer to the Owyhee range land, so they bought the Jayo ranch at Oreana and moved there. They spent many happy years living the ranch life but in1979 an opportunity arose to sell so they decided to 'retire'. They built their dream home next to Lizard Butte overlooking Marsing and lived there until 1991 when they decided to move to a smaller house and property easier to manage on the Owyhee County side of the river in Marsing. Ultimately retirement didn't set well with John and they again bought ranches at New Plymouth, Reynolds Creek and Marsing. During this time they also owned and operated the Royal Manor apartments in Caldwell, providing reduced cost housing for many local seniors.

After a few years they sold the ranches and in this 'retirement' he and Dot began an entirely new venture as restauranteurs. In October of 2000, they bought The Sandbar Riverhouse Restaurant at Marsing and operated it until 2011, enjoying many years of renewing old friendships and making many new ones along the way. Together with their daughter, they built and opened The Spot Pizza restaurant in Marsing. They ultimately sold and retired due to Dot's health. John tirelessly cared for her several difficult years through her illness until she passed away December 4, 2017. They had been married for 69 years, partners in life, in family, in farms and ranches, in restaurants and apartments, always in it together through good times and bad.

The loss of his beloved Dot left a great void that John struggled to fill. By chance he met Donna Goiri, the widow of life-long friend, George Goiri. They became close friends, enjoying each other's company, sharing their sorrows as well as having fun and new adventures that brought them both joy. Donna and her family welcomed John into their lives. She was a bright spot in his world that he loved and appreciated, giving him new life and we his family appreciate the happiness Donna and her family brought him.
Throughout his life, John was active in many groups and organizations including being a charter member of Euzkaldunak in Boise and together with his parents, contributed to building the original Basque Center downtown and more recently was a member of Txoko Ona Basque Club of Homedale. John served the Marsing community as a school board trustee and served as chairman for a time, a member of the Marsing Fire Department, the Marsing Disaster Auction, the Owyhee Cattlemen's Association, and St. Hubert's Catholic Church in Homedale and Our Lady of the Valley in Caldwell where he served in several leadership positions.

In addition to Dot, John was preceded in death by his youngest son, Chris Salove; by a son in law, Tim Percifield, daughter in law Geneve Salove and by his sister Lola Salove Mateo, one great grandson, and recently by his very special friend, Donna Goiri. He will be forever remembered just as they are, forever in our hearts, never forgotten.
In lieu of flowers, memorials can be sent to Marsing Disaster Auction (P.O. Box 493, Marsing, ID 83639), Marsing Fire Department (P.O. Box 299, Marsing, ID 83639), or Marsing Ambulance (P.O. Box 132, Marsing, ID 83639).

Visitation will be on Monday, Oct 14, 2019, from 5-7pm with a Rosary at 7pm at Dakan Funeral Chapel, 504 S. Kimball, Caldwell. A Celebration of John's Life will be on Wednesday, October 16, 2019, at 11am at American Legion Post 128 Phipps-Watson Community Center, 126 N. Bruneau Highway, Marsing, Idaho. Cremation preceded services with inurnment at a later date in Marsing-Homedale Cemetery.

Condolences may be shared with the family at www.dakanfuneralchapel.com