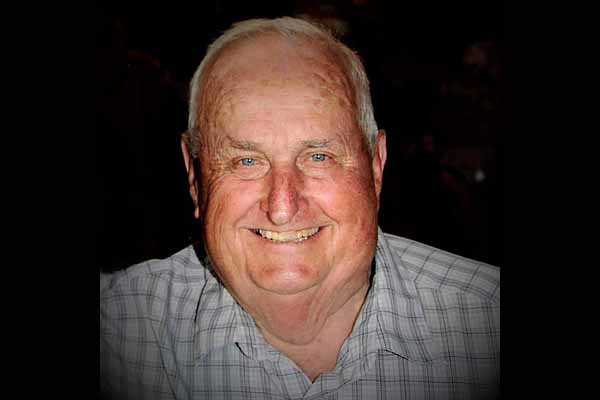 On November 2, 2022, Jean Pierre Izoco passed away at home in Gardnerville, Nevada in the loving arms of his wife and family, soon after being diagnosed with stage IV lung cancer

Jean Pierre was born on July 6, 1940 at his ancestral family farm in Baigorri, France. He was the youngest of five boys. His father Michel Izoco died when he was two and his mother, Agnez Herlax died when he was thirteen. His oldest brother, Dominique, who was married, not only took over the family farm, but also quickly filled the role of father figure for Jean Pierre. At the age of fourteen, his uncle, Beti Herlax arranged a bread baking apprenticeship for Jean Pierre in Baigorri. He baked at night so there was fresh bread in the morning, worked in the owner's garden and then slept in the afternoon in order to work again that evening. All of the money he earned went to the family and on his days off he would go to the family farm to help with whatever needed to be done.

After 4 years of working at the bakery, his boss wanted to send him to the city where there was more work, but Jean Pierre had other plans. His three older brothers, Jacques, Robert and Pierrot all came to the United States to work as sheepherders and Jean Pierre decided he wanted to do the same.

On November 13, 1958, Jean Pierre left his native home and ended up in Fresno, California. Over the next few years, Jean Pierre worked a series of jobs. He started herding sheep for Elena, Ray and Jimmy Talbott in Los Banos where he stayed for a year and a half. He then moved to Evanston, Wyoming working for Brodbend Sheep Company for four months. He came back to Madera to herd sheep for Ben Elgorriaga for a year. Then, he worked for Bernard Erreca in Los Banos for three months.

In 1962, Jean Pierre moved to Sonoma and began baking for Gratien Guerra. It was at this time where he began to visit his friends in San Francisco. He would eventually move there and started to work at the Larraburu French Bakery where he worked for 13 years. He spoke French and Basque but had also learned English and Spanish through his various jobs in the United States.

In 1969, Jean Pierre met Anita Zubillaga whom he married in 1970. They had three children Aline, Caroline and Roger within three years. During this period of time, Jean Pierre not only worked in the bakery but he also started his own gardening business. After working at the bakery, he would catch a few hours of sleep and then tended to his gardening customers. In May 1976, the Larraburu French Bakery went bankrupt and Jean Pierre found work at the Parisian Bakery where he stayed for 3 months.

In July 1976, Jean Pierre & Anita decided to buy the Sierra Motel in Gardnerville, Nevada from Anita's parents, Jean and Emelia Zubillaga. They hoped that owning their own business would provide the stability and security they wanted for their family. At the time of the move, the children were ages five, four, and three, and the first few years were not easy. Jean Pierre worked in the sawmill at night, then would sleep a few hours before working at the motel during the day. Jean Pierre and Anita did everything themselves - cleaned rooms, cleaned and folded laundry, checked in customers, answered phones, fixed anything that was broken, ensured the exterior was well maintained and landscaped. In addition, Jean Pierre enjoyed having a small flock of sheep behind the motel, planted a vegetable garden and built a meat room so he could make chorizo, tripota and cured meats. Even with his thick accent, Jean Pierre loved to converse with customers and made many friends who became regulars. Jean Pierre and Anita raised their family and lived at the motel for 13 years, where they were open for business virtually 24 hours a day, seven days a week until they bought their present home in 1989. For the first time, they hired managers and maids for the motel. Jean Pierre and Anita would continue to go to the motel every day to supervise the cleaning and maintenance. In July of 1985, Jean Pierre and his brother-in-law Miguel Leonis became United States citizens.

In 2005, 29 years after Jean Pierre and Anita bought the motel, they sold it in order to enjoy their family and live a more relaxed life. However, Jean Pierre needed to keep busy so he still had his sheep, chickens, and occasional turkey on his property alongside a garden. He continued to make chorizo, tripota, and cured meats in his meat room. Many people from across Nevada and California bought these meats from him.

Jean Pierre loved going to Borda’s Sheep Ranch to help with shearing or the shipping of the sheep. He was one of the founding members of the local Basque club and was very passionate to ensure its relevancy and continued tradition in the valley. He loved to go fishing and would often go to his various “secret” spots around the area, but if he needed a quick fix he would go down to the Carson River to fish. He loved to go hunting with his son, nephews and brother in law; although in later years when he couldn’t hike, he was the camp cook and ensured food and drinks were ready for the hunters. He loved playing mus (Basque card game) and played in as many tournaments as he could as well as on Sundays with his friends. He didn’t love sports, but he loved watching the San Francisco Giants with his son-in-laws. He also loved his old westerns, Saturday night polka show, and Friends.

Jean Pierre is survived by his wife of 52 years, Anita, son Roger Izoco (wife Yusenka), daughters Aline Elicagaray (husband Philip) and Caroline Chiramberro (husband Jean-Luc); two grandchildren, Marcel Elicagaray and Mailen Chiramberro and numerous nieces and nephews in the U.S. and France. He is preceded in death by his parents and four brothers. Jean Pierre worked hard, loved his family deeply, and was always very generous and willing to help friends and family. He was very direct and had no time for nonsense but had a smile and laugh that was unforgettable. He built a great life for himself and for his family. Jean Pierre will continue to leave a lasting effect on all those who knew him.

Remembrances can be made to the Gardnerville Basque Club to benefit the Basque dancers and youth programs, Mendiko Euskaldun Cluba, P.O. Box 2168, Gardnerville, NV 89410.

(published on November 7th, 2022 by The Record-Courier)