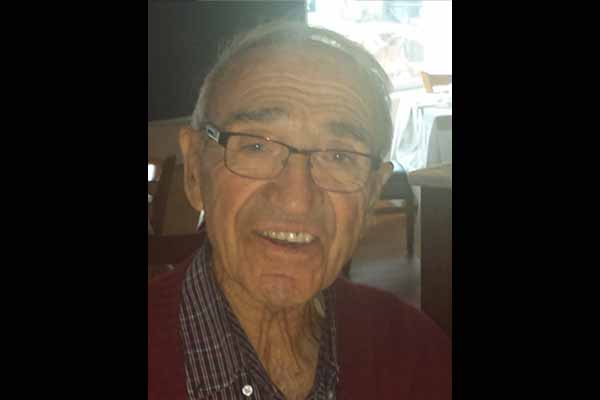 Jean Dutrey, 97, died peacefully after a long illness. He was the oldest of eight children born to Jean-Baptiste and Dominica Dutrey in Mendive, France, and led a life that paralleled history. Jean was only 14 when WWII broke out in France. When the older men went off to war, he stayed and worked the farm - and those of his neighbors, too. After the war, Jean, like many Europeans, went abroad to live and work. He spent nearly ten years in the 1950s working in Argentina before returning to France. In 1960, he was off to the U.S., joining the Basque Community in Chino, California

Jean later returned to France, where he met and married Maria (Maritxu) Iribarren. In 1964, they moved permanently to the U.S., where their only son, Javier John, was born. Jean and Maria worked hard and built a successful life. They lived in Chino, Montclair and Ontario. Jean was a milker at a dairy, ran his own landscaping business, and eventually he and Maria invested their earnings in two motels and other real estate. Their hard work translated into the American Dream and they prospered. In their later years, they travelled extensively – to the Holy Land, South America, and across the U.S. and Canada as well as many trips back to Europe to see family.

Aside from his wife of 58 years, Maria, and his son, Javier John (Anne), he leaves two grandchildren, Christopher and Janine, two great grandchildren, two brothers, Beñat (Maggie) Dutrey and Michel (Maite) Dutrey, and a number of nieces and nephews. He is also survived by his brothers-in-law, Basilio (Asen) Iribarren, Ricard Ferran and Marcel Tournemele. Jean was predeceased by his brother Jean-Baptiste and sisters Jeanette Goya, Monique Etchemendy, Marguerite Ferran, and Isabel Tournemele.

Family, faith and community were central to Jean’s life. Much of his daily life revolved around family functions, church activities, and their friends in the Basque Community. He was a member of the Chino Basque Club and parishioner at Our Lady of Lourdes Church. Jean possessed a kind soul and always had a warm smile and a big hug for family and friends. His was a life well lived, and he will be sorely missed.