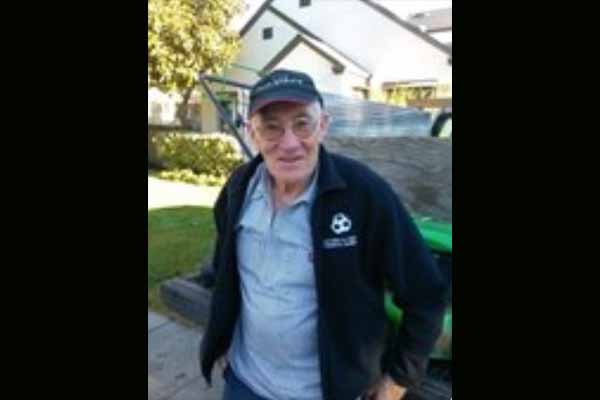 Hard working. Wise. No nonsense. All of these words perfectly describe our Aita who began his life on July 28, 1933.

He was the second of 8 children born to Antoine and Anne in the town of Les Aldudes in the Basque Country in France. He grew up on the family farm and after doing his French military service he sought to find a better life and found a sheepherding contract in the US. After spending 7 years in Wyoming as a sheepherder, he moved to San Francisco, near his dear cousin Marie Jeanne Pagadoy, and worked at the Produce Market.

During one of his visits to the Basque Country he met his beloved Isabelle and after a long distance relationship they married two years later.

Upon their return, they settled in a Russian Hill apartment where Jean continued to work at the Produce Market at night and built a gardening business by day.

After a few years in the city, they moved to Burlingame where they raised their three children.

Because he had little formal education, Jean placed a high value on his children's education. He loved math and made sure his grandchildren (who called him Aitaxi) knew their "math facts."

Throughout his life, Jean loved working – his work ethic was unparalleled. While our father was a man of few words, his love for his family was always known and deeply felt.

Jean is survived by his loving wife Isabelle of 50 years, his children Marie (Scott), Anton (Jeannette) and Isabelle (Joe) and his six beautiful grandchildren. He is also survived by his seven siblings Pilale, Beñat, Battit, Mayie, Michelle, Marcel and Joseph.

Please join us for a rosary and funeral mass service celebrating his life on Friday, October 11 at 11 AM with a visitation beginning at 10 AM at Our Lady of Angels Church at 1721 Hillside Drive, Burlingame.

In lieu of flowers, we request donations be made to the Basque Educational Organization P.O. Box 31861, San Francisco, CA 94131 or the charity of your choosing.