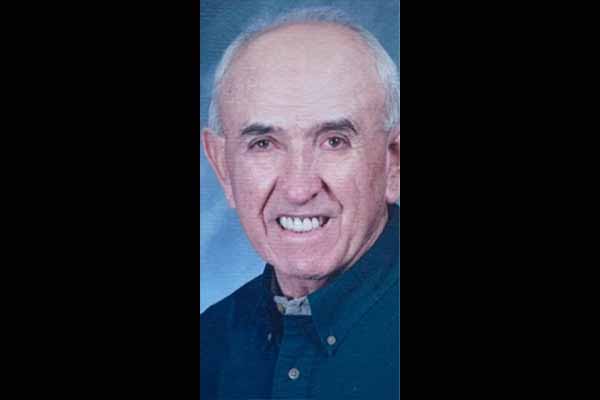 The oldest of four siblings, he was born April 25, 1932 in Arizkun, Navarra, Spain to Juan Pedro and Maria Concepcion Irigoyen.  He immigrated to the United States in June of 1951 as a sheepherder for Juan Arrache in Lancaster, CA.   There he began his career in numerous agricultural ventures.  In 1956 he started milking cows for the Al Shaw Dairy in Chino, CA until the mid 1960s when he started his first sheep feeding business with Dominique Antchagno in the Imperial Valley.  An energetic, hardworking entrepreneur at heart, over the next fifty years Frank went on to establish his own sheep company, cattle feeding and farming operations, and hay brokerage businesses.

In 1960, after nine years of hard work in the US, he returned to Spain to visit family.  At a neighboring town festival he met the love of his life, Fidela Irungaray.  After a world wind, ten-week romance, the two married, and shortly thereafter came to the US to begin their lives together.  Their solid 60-year marriage was based on a strong faith, commitment to providing an education and a better future for their children, and serving the communities in which they lived.

Deeply faithful and community minded, Frank was a member of St. Joseph’s Catholic Church in Holtville, CA where he was honored with a Papal Award; a member of the Holtville Rotary and Paul Harris fellow; active in fundraising for the Imperial County Sheriff’s; a member of Navy League; and for many years provided many young people with their first 4-H or FFA lamb and further supported them by buying animals at the annual Imperial County Fair auction.

Frank loved his Basque heritage and enjoyed sharing it with friends and family.  He felt it important that future generations preserve this unique heritage.  So strong was his desire that he, along with numerous other Basque immigrants, founded the Chino Basque Club in the late 1960s.  Another of his loves was travel.  While unable to travel in recent years, he enjoyed visiting the world which included frequent visits to his beloved Basque Country.  He equally loved the US, his adopted country and was grateful for the opportunities afforded him.   A believer in lifting others, he helped many immigrate and subsequently establish their own businesses.

He is survived by his faithful wife of 60 years, Fidela who cared for his every need; his daughter Fidela of Scottsdale, AZ; and son Felipe of El Centro, CA.   He also leaves his two granddaughters, Susana and Analise, and their mother Anne of Holtville, CA; his brother, Enrique of Arizkun, Navarra, Spain; his in-laws including Maria Esther Gonzalez, Felisa and Juanito Aleman, Marisa Sanz, Maria Jesus and Tadeo Viela all living in Spain and France, Dolores and Juanito Echeverria of Bakersfield, CA, and Norbert and Patty Irungaray of Holtville, CA.  In addition, he is survived by numerous nieces and nephews.  He was preceded in death by his parents, sister Juana Maria, and brother Juanito.