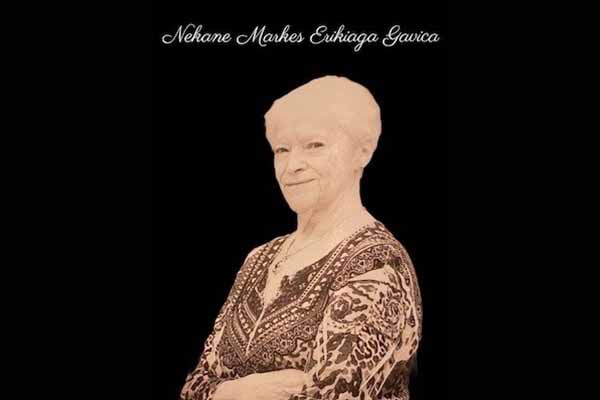 Dolores (Nekane) Marku Erkiaga Gavica Etcheverry passed away October 12, 2020 in Winnemucca, Nevada after a long battle with lung cancer. She was born in Lekeitio, Bizkaia, Spain June 6, 1940 to Fausto Markes and Antonia Erkiaga. Nekane was educated in Lekeitio by Catholic nuns and studied culinary arts and became an incredibly talented cook. She was an expert in preparing traditional Basque dishes such as paella and ensalada Rusa.

Nekane was very active in the Basque community, not only in Winnemucca, but also in Paradise Valley and Boise and was the original founder and director of the Winnemucca Irrintzi Basque Dancers. She was very generous with her knowledge of the Basque culture and eagerly shared that with others. Nekane was the United States Mus Champion in 2009 along with her partner Ana Marie Smith and they went to Balmasada, Spain to compete in the North American Basque Organization tournament. She is also featured in the Boise Basque Museum's exhibit, Women in Courage, honoring Basque women immigrants.