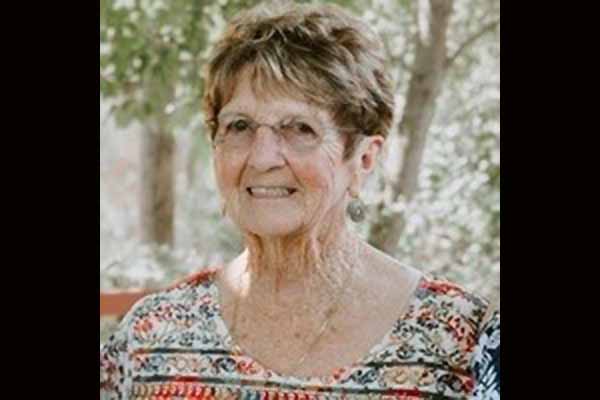 Anita Izoco (aka Amatchi) passed away peacefully on June 1, 2021 at her home in Modesto.

Anita was born October 19th, 1932 to parents Jean & Marie Espil and grew up with her four siblings; Marie, Aurelie (Twin), Jean-Baptis and Leonie in Saint-Étienne-de-Baïgorry, a small village in the Basque Country of France where she met her husband of 56 years, Jacques Izoco.

After immigrating to the United States in 1958, they quickly started a family welcoming their two children, son Michel and daughter Christine.

With her husband, she owned and operated the Wool Growers Restaurant and several hotels in Los Banos, where she worked in the kitchen, cleaned rooms and greeted customers, while her husband Jacques continued to run their sheep business. They lived in Los Banos for many years until they settled in the neighboring town of Dos Palos on a ranchette they built in 1979 made possible by what could only be described as relentless hard work.

She was one of the longtime members and founders of the Los Banos Basque Club, a community joining together in celebration of their heritage as well as the Bo Peeps in Dos Palos.

She had a very strong Catholic faith and went to church every Sunday.

Anita was arguably one of the kindest people you could know and had a relentless passion for her family.

She lit up a room with her big smile and would welcome anyone into her home.

She was Amatchi to many, and will be missed by those who loved her dearly.

Anita was preceded in death by her husband Jacques. She was survived by her children, Michel and Debbie Izoco; Christine and Dave Konecny; grandchildren, Andree Schmidt and Alysha Izoco, Chad and Austin Seiverson; step-grandchildren, Rochelle and Kaitlyn Konecny; and three great-grandchildren with one on her/his way.

A celebration of life will be held on Friday, June 18, 2021 at 10:00 a.m. at Saint Joseph's Catholic Church, 1813 Oakdale Road, Modesto, CA 95355. In lieu of flowers the family requests that donations in Anita's name be made to charities of your choice.